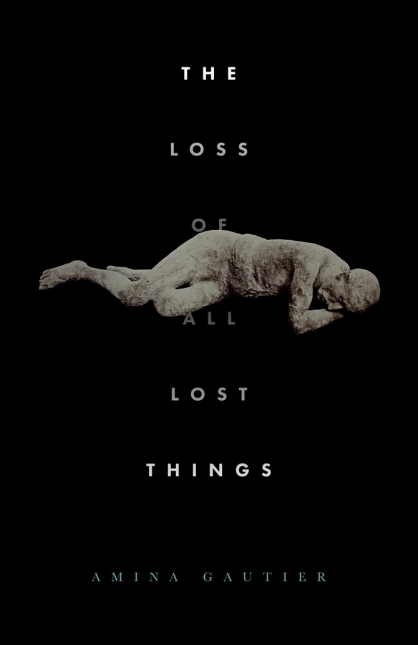 Consider all the loss it is possible to endure: lost wages, lost opportunities, lost objects, lost youth, lost hope, lost minds, lost innocence, lost loves, lost loved ones, the loss of a child. Consider all the ways that we endure that loss, or don’t endure. That, very simply and eloquently, is what Amina Gautier does in her latest story collection, The Loss of All Lost Things.

This is Gautier’s third collection of short stories, after At-Risk and Now We Will Be Happy. Her first won the Flannery O’Connor Award for Short Fiction and her second won the Prairie Schooner Book Prize in Fiction. Clearly, her work speaks to readers, and now here is Loss, adding its haunting voice to the others, speaking quietly, powerfully, of the large and small losses in all of our lives.

The collection opens with what is perhaps the most searing of the stories, “Lost and Found,” which is told from the point of view of a young boy who has been kidnapped, snatched up off the street in the brief walk between the school-bus stop and home. The boy thinks of his captor only as “Thisman,” and we are spared all but the barest allusions to how Thisman uses him. What is perhaps more painful is seeing how easily Thisman is able to convince the boy that no one wanted him in the first place and that no one is looking for him. Still, the boy tries to think of himself as lost instead of taken. “Things that are taken are never given back. Things that are lost can be found,” he thinks, and wishes, “If only he could find the Lost and Found and turn his own self in.”

This story is bookended by “The Loss of All Lost Things,” in which we experience this horror from the parents’ perspective. The boy’s sense that his parents were distractedly living above and around him is borne out here, his absence garnering their focus as his presence never could. Then, beyond the misery of helpless waiting and speculating comes the brutal realization that, eventually, life continues on for everyone else.

“Their friends, relatives, and loved ones who wanted them to remain hopeful now want them to admit the worst has come.” And though “they hate each other for their weakness, for the living that muscles through,” the husband and wife only have each other. No one else can possibly understand.

Unexpectedly, the two stories that focus on the parents of kidnapped children are perhaps the most hopeful in the whole collection. In “Cicero Waiting,” the husband and wife already know their 3-year-old daughter isn’t coming back after she disappears in an instant out of his gaze at Target. Though he is unwilling to be forgiven, his wife stubbornly refuses to blame him and continues to reach out to him.

“Could it be that simple?” he wonders. Yes, it could.

Many of the other stories are of more typical losses. For example, a more universal experience of losing a child — that is, of losing the wonderful, loving child you once knew to the ravages of adolescence — is the subject of both “What’s Best for You” and “What Matters Most,” in which a mother tells herself, “It is your fault that you raised a daughter whom you love with a desperation bordering on insanity but with whom you cannot have a civil conversation.” To say that Gautier’s subjects are common or typical, however, does not in any way diminish the power of her stories.

In a nod to writing what you know, Gautier, who teaches at the University of Miami, peoples her stories with professors and graduate students, denizens of the oh-so-insular university universe. She pokes self-aware fun at the world of grad students who “took themselves too seriously” and are trained to think of their world as the only one of any import. When, in “Directory Assistance,” Caroline drops out of that life and winds up training with the phone company, she and her mother celebrate that she finally has a “‘real’ job.”

There is only one story here that doesn’t belong. While the themes of “Disturbance” are squarely in keeping with the rest of the collection, its tone is not. Gautier puts us into another world, describing a group of people that has separated from the rest of society and formed its own small town, Togetherness. This would have been a fine story in a different collection, but here it is a jarring anomaly. Putting the readers’ focus on the unfamiliar mechanics of life in a small, closed community, with its parallels to Shirley Jackson’s classic “The Lottery,” takes us away from the simple details of normal daily living, which by themselves are painful enough.

One of her characters makes this point in “Resident Lover,” in considering his ex-wife’s “weird children poems...they were children meant to make one cry because the poetry could not.” Instead, he feels that “the common pain of childhood — of wanting to be older than you were sooner than you ever could be, of feeling vulnerable and dependent, of waiting for everything, of being devalued — any and all of this was enough, hard enough, good enough for a slew of poems.” It is this capturing of the pain and loss common to everyday living at which Gautier excels.