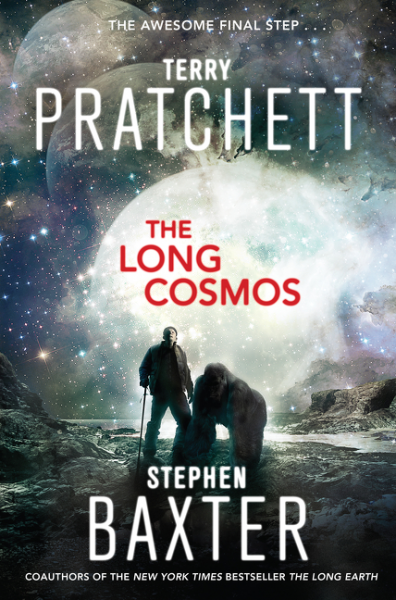 The Long Cosmos is the final installment of the late Terry Pratchett’s Long Earth series, but it doesn’t truly conclude anything, narratively or philosophically. Instead, The Long Cosmos meanders to a halt with its already-established characters and concepts such as “stepping” into parallel worlds. There are various forms of life in these worlds, yet the novel fails to fully explore them.

The overarching story — based on the movie “Contact,” by the book’s own admission — is about what lies beyond our chain of parallel worlds (it is not about the meaning of life, as the blurb on the back cover says). For all the generally accepted intrigue around the idea of communicating with other life forms, though, the concept is relegated to serving as a thin backdrop for the narrative.

Without a central plot to hold the story together, the novel seems disjointed and reads as a cluster of confusingly sequenced, rather basic subplots. What is sometimes special, nonetheless, is how these subplots intermingle within the book’s universe.

The various locations presented in the story range from the stock image of grey over grey in an asteroid belt, to colorful worlds with mammoths using their spiky heads to form a Roman shield wall. Alas, these colorful worlds, while unique and compelling, are in the minority, and the threats they face — when there are any — are recycled throughout the book.

Similarly, the characters range from intriguing to cliché. And there are so many of them and so many different points of view that I had trouble following and appreciating any given one. This problem is exacerbated by each character’s small allotment of stage time.

Out of a minimum of 10 main characters, there were only two I wanted to follow: the cowboy, an ongoing protagonist in the series who is struggling with growing old; and the “troll,” a creature with a gorilla’s body and the mindset of a stereotypical nature-revering Native American. He had no problems before the cowboy came along.

So do these subplots, characters, and various worlds ever make up for the lack of a cohesive plot? At times. There are several sections that read well and move the story forward. Some of them even sucked me into the book’s universe altogether.

However, as intrigued as I was in places, the novel did much more telling than showing. Maybe The Long Cosmos feels too rushed because, as co-author Stephen Baxter indicates in the foreword, it was hurried to completion (Terry Pratchett was battling Alzheimer’s disease and died in March 2015). There are some great gems here, but the reflection and time needed to polish them just isn’t there. If you’ve read the entire series, you may be satisfied with this book as it is. But as a standalone novel, The Long Cosmos feels more like an epilogue than a story of its own.

Jeffrey Krizman, a former intern for the Independent, is a senior at Emerson College completing a BFA in writing, literature, and publishing. He is working on his first novel.