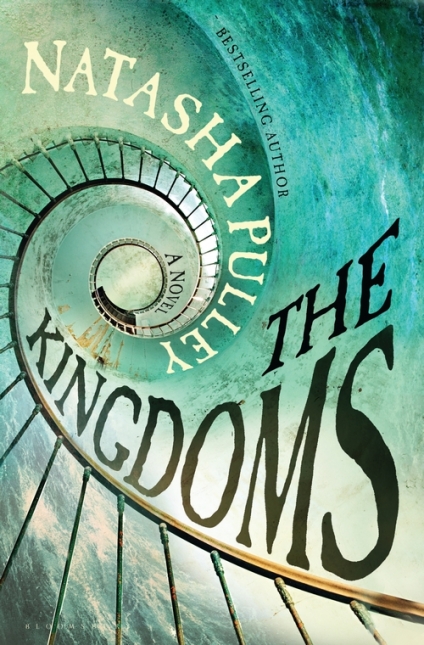 Natasha Pulley’s The Kingdoms is, in no particular order, a time-bending tale, a reality-twisting jaunt, and a genre-defying epic. It opens with Joe Tournier finding himself lost outside a train station in late-19th-century Londres, which is what London’s been called since being colonized by the French. He doesn’t remember how he got there, or from where; he can’t even remember getting dressed that morning. Yet his muddled brain does know quite a few things — even if those things feel wrong.

After a visit to a hospital, he’s diagnosed with a common — for 1898, anyway — case of epilepsy that causes memory loss and (occasionally) memory invention. Despite having no recollections about who he is, Joe accepts the truth discovered by the doctors: He’s a slave. On the bright side, his owner believes he simply got lost; he wasn’t running away. Hence, no flogging. (The depiction of this slaveowner — a slaveowner — as a decent man is one of the book’s few flaws.)

Joe’s perspective drives the story, and readers are able to sympathize with his anxiety over not remembering, yet somehow still knowing, many things. Married to a woman he doesn’t love, Joe takes solace in the birth of his daughter, Lilly, as he works to earn his freedom. Meanwhile, the breadcrumbs of his forgotten past are sprinkled before him.

One such crumb is a 90-year-old postcard delivered on an exact date to a precise address (Doc Brown would be proud). This treasured item — which is written in English, a fact that could get Joe arrested on charges of insurrection — depicts an old lighthouse in Scotland. When Joe finally manages a trip to the actual lighthouse, it sheds no light on his past. It does, however, offer a literal passage into the past.

The time-travel device central to the plot is straightforward, even if its origin is unclear. Author Pulley goes to great lengths to explain the effects of time travel; Joe quickly discovers that every action in the past impacts the future. Look for one ingenious scene in which people from the 1800s conduct a wildlife experiment in order to learn the boundaries of what can be achieved in the world. It’s a delightful use of the scientific method to determine the extent of the ripple effect across time.

The story is told in semi-chronological order, after a fashion, as we follow Joe on his travels back in time. Flashbacks — triggered by events in the main storyline — pepper the narrative and make it feel almost like a dual-timeline tale in places. They cover several years and arrive out of order. Clearly, the author trusts her readers to use them to piece things together.

But time travel is not the only theme in play. The Kingdoms spends a lot of time at sea and at war, and Pulley doesn’t shy away from showing the horror of combat. This is, after all, a novel in which the outcome of important battles can change known history, and we feel right in the middle of some of them.

Yet love, too, is a central theme. At one point, Joe is willing to risk altering history in order to return to his daughter. But when he then discovers love in the past, he must choose between the life he has, the one he remembers, and the one that might be.

Pulley, a Brit, has clearly done her homework. The research undergirding The Kingdoms is evident, as is her thrill at devising “what if” scenarios to reimagine well-known periods in history. The descriptions of important events — which range from claustrophobic to expansive — are atmospheric and in tune with the location of the moment.

While it’s true that those unfamiliar with the long history of wars between France and England might be confused here and there, it won’t diminish the overall experience. The Kingdoms is a complicated tale with plenty of twists and turns that will keep readers enthralled all the way to the last pages.

José H. Bográn is an international author of novels, short stories, and scripts for television and film. His genre of choice is thrillers, but he likes to throw a twist of romance into the mix. He is a freelance writer, a translator, and a university professor of academic writing, public speaking, and English as a second language (ESL). Find him on Twitter, Facebook, and Instagram.