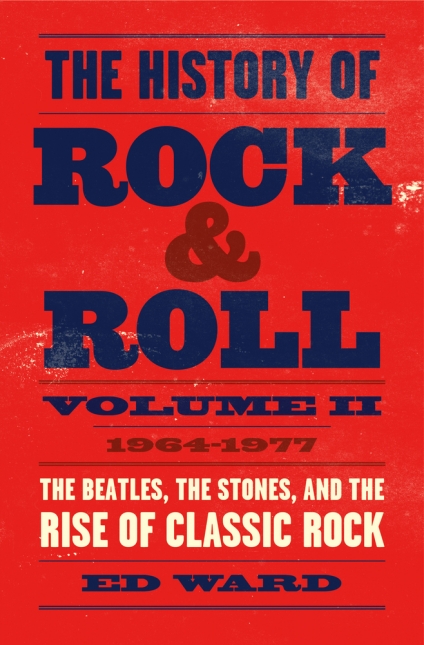 Dude, how’d you do on Professor Ward’s The History of Rock & Roll, Volume II: 1964-1977 final? Seriously? You should have studied, man. I wish all my textbooks were this interesting.

I even aced the bonus question about how Lynyrd Skynyrd got its name. (Answer: a hated gym teacher in their high school.) We could rename our band after Mr. Cooley! Tapioca’s not a very good name, I admit, but I needed to put something on the talent show tryout sheet and I panicked.

What about the Beatles stuff in the book? You should have been all over that part. I even caught a few minor mistakes. I’m not sure Professor Ward agreed with me, but he seemed cool I cared enough to point them out.

For example, he makes it sound like McCartney’s hit “Another Day” was on his first solo album, when you and I both know it was a separate single released the following year. Also, he talks about how the Mellotron was “heard to good effect” on the introduction to “Penny Lane,” when I know he meant “Strawberry Fields Forever.”

One more: Professor Ward says Lennon’s “Working Class Hero” was an “obvious broadside aimed at Paul,” when he should have said the song was “How Do You Sleep?”

Still, I loved the class and the book. He made it interesting when he compared Motown and the Monkees as high-quality hit-making factories. Loved his origin stories of Jefferson Airplane and the Grateful Dead, and I learned tons about the LSD-fueled hippie culture in San Francisco in the 60s. Some of our parents were kind of cool. I don’t know what’s happened to them since. My mom listens to opera now. It’s sad.

I liked it when Professor Ward got a little snide. Like when he said of Dylan’s novel, Tarantula, to imagine “an entire short book of the sort of abstract ramblings that had appeared as liner notes on his albums up to now, except not as good.” Or when he says Jim Morrison “wasn’t the poet he thought he was, but he had the girls mesmerized.”

So true. You and I both write better lyrics than Morrison, man. He just had the look. Whatever.

You missed it where Professor Ward totally nails Roger Waters! Says his “lyrics tended toward the crushingly obvious: life is to be lived, not wasted; money will change you, and not for the better.” Maybe Ward doesn’t get how great Pink Floyd’s “Wish You Were Here” and “Comfortably Numb” are or something. Gotta admit I wouldn’t want to hang out with Waters either, though. Bet he’s always serious and sanctimonious. Probably cheap, too.

I shouldn’t make it sound like Professor Ward is some cranky old dude who hates everything. You can tell in the book how much he loves music and musicians like Hendrix, Aretha, the Stones, the Beatles, and others. It’s just more fun to single out when he gets snarky, right? Kind of like us at lunch when we talk about how Greg’s band sucks and he can’t sing but he’s good-looking like Morrison, so he gets away with it.

Professor Ward covers a lot more than rock ’n’ roll, too. He’s got some interesting insights about the power of soul music and the rise of reggae out of Jamaica. Fun asides on the “outlaw country” music coming out of Nashville in the 70s made me want to read more about Waylon Jennings. He reminds me of your Uncle Pete after he got out of jail. Like it’d be cool to go on a road trip with him, but I wouldn’t loan him a lot of money, you know what I mean?

Oh, you know those weird little plastic cassettes your dad showed us? Professor Ward actually made their invention sound kind of interesting. Did you know they were made by the same people who made Learjets? Urban Outfitters is even starting to sell them again. We should check them out at Montgomery Mall this weekend.

The book has all sorts of interesting little side trips like that. You really missed out, man. I hope Professor Ward does a third volume. I’d definitely take his next class.

Michael Causey is the host of the Monday morning radio program "Get Up!" on WOWD 94.3 FM in Takoma Park, MD.

Own "Rubber Soul" on vinyl? Click here to support the nonprofit Independent!

Conquistadores: A New History of Spanish Discovery and Conquest

This detail-heavy work is impressive but short on new insights.