The Glass Woman: A Novel 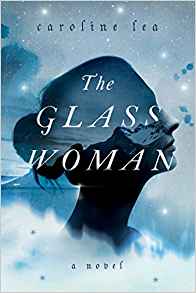 Set in 17th-century Iceland, Caroline Lea’s The Glass Woman features Rósa Magnúsdóttir, a young woman who marries Jón Eiríksson, widower and village leader, in order to provide for her ill and impoverished mother. Rósa’s wedding gift from her new husband is “a woman made of glass and stillness: perfect but easily shattered.”

After bidding farewell to Páll, the young man she had hoped to marry, Rósa is escorted to remote Stykkishólmur by Pétur, Jón’s apprentice. During the three-day journey on horseback through the rugged land, Pétur cautions Rósa: “Jón’s rage is best avoided. You must learn how to please him.”

But later, as they approach the croft Rósa will soon call home, Pétur says: “He is a good man. Believe that. No matter what you may hear.”

Forbidden to visit the loft of Jón’s house and cautioned to avoid the villagers, Rósa’s new life is hard. “The list of tasks is dizzying: washing, cooking, cleaning, mending, gutting, reaping.” Every effort Rósa makes to get to know her husband is rebuffed; gradually, loneliness becomes “a slow-forming ice in her gut.”

When she does walk down the hill and into the village, people stare, their expressions full of fear and revulsion, and then turn away. Only two women speak to her, and one mutters a warning: “There is darkness in being alone here.”

As the days and weeks unfold, Rósa discovers falseness, distrust, and rivalry, and hears unsettling rumors about Jón’s first wife. Although she knows it’s her duty, intimacy with her husband makes her “feel small and soiled.” Despite the efforts she makes to do as Jón directs, she concludes that “a contented marriage is only a matter of becoming resigned to the shape of one’s own discontent.”

At every turn, Rósa is reminded that women must not speak their minds; they must be silent, submissive, and respectful. She is trapped, and there seems to be no way to escape.

As historical fiction, The Glass Woman is superb. Lea’s writing takes the reader to the cold, barren world of Iceland and the hard, tenuous life of fishing and scraping a living off the land. She skillfully incorporates old ways of speaking and Nordic words into the dialogue.

In addition, the author weaves Icelandic legends, tales of witchcraft, and a harsh, unforgiving form of Christianity into the story. Lea is also a master of imagery and language. Her sentences surprise, delight, and provoke:

“An exposed spine of stones, ten times the height of man, juts upwards, as if the earth has done battle with itself and ripped off its skin.”

“The night is falling fast, blackness seeping up from the horizon. The stars are clear as candles: it will be a cold night. High overhead, the wind tugs a scarf of cloud over the frozen-faced moon.”

Lea’s characters leap from the page — complex, vulnerable, full of fragile humanity cloaked in scarred reality. I was particularly struck by the author’s depiction of the mindset of the time: the hopelessness of the poor; the subservience of women; the power of hierarchy and religion; the supremacy of superstition over logic; the acceptance of one’s lot in life.

Indeed, Iceland itself becomes a character. The author describes the land as “black-toothed and raw, occasionally stippled with rough scrub and coarse, yellow grass,” and “the rippling musculature of the fields, the protuberant bones of the mountain and the blank gaze of the sky.” The sea, both an ever-present danger and a source of sustenance, is “an enclosing ring of iron with a rumpled face” that is “wind-darkened and sullen.”

Secrets whirl around the main characters like a tornado threatening ruin and destruction. No one is who he or she pretends to be. Tension builds and builds amid twists and turns. And the climax, like The Glass Woman itself, is both satisfying and unexpected.

M.K. (Mary) Tod writes historical fiction. Her latest novel, Time and Regret, was published by Lake Union. Mary can be contacted on Facebook, Twitter, and Goodreads, or on her award-winning blog, A Writer of History.

The Tubman Command: A Novel