The Girl in the Garden: A Novel 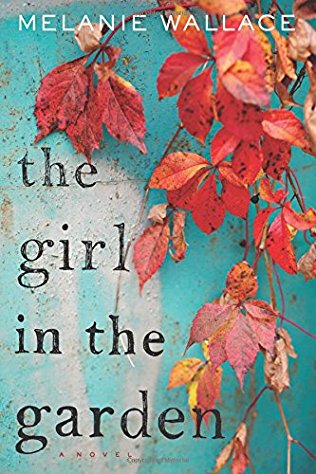 “…And they lived happily ever after.” It’s a familiar ending to many a classic bedtime story, a cheerful coda after lost souls have found joy, cruel stepmothers have gotten their due, and a little sprinkling of fairy dust puts everything right.

Alas, the older we get, the more likely we are to discredit a storyteller whose tales seem too good to be true. Consider, for instance, a novel that begins by introducing a shifty man who presents a driver’s license photo that doesn’t match his face, followed by his wisp of a girlfriend who appears to be both frightened of her traveling companion and fearful that he means to abandon her, along with the infant in her arms. When, in real life, might a helpless stranger’s luck turn from bad to good exactly at her moment of most desperate need?

I’ll venture to say most of us are wary of endings that require a childlike suspension of our world-weary disbelief, in fiction as well as beyond the page.

But what if such a plot twist could be made believable, even to those of us who have aged out on magical thinking? What if that mother and child — abandoned, frightened, not knowing where next to turn — become a vessel for unexpected generosity?

What if a group of downtrodden individuals, one after another, willingly open their homes and their hearts, banding together in odd and unexpected ways? And what if, in caring for the girl and her son, these helpful souls find a new grace in their own broken lives? Could this, in fact, be a believable story of the world tilting toward a happily ever after, after all?

Well, call me a cockeyed optimist, but I say yes.

Therein lies the premise that buoys Melanie Wallace’s new novel, The Girl in the Garden. Rest assured there’s nothing saccharine about Wallace’s tale; the heartaches and losses she starkly describes are not the stuff of the Hallmark Channel, not by a long shot.

Wallace’s fictional village is populated with survivors of foreign wars and personal strife, whose scars are both painfully visible and deeply hidden. They are men and women who’ve lost their chance for happy outcomes by accident, misfortune, or society’s laws of propriety. And still, as these individuals give of themselves to an unexpected cause, what happens to each of them involves the kind of magic that is the product of that rarest of ingredients: the milk of human kindness.

The Girl in the Garden takes place not so long ago, in an imaginary town somewhere on the New England coast. There we meet Mabel, an elderly widow who runs an old-fashioned seasonal motel. She has been at her business long enough to recognize trouble when she sees it coming, which is why she knows in her bones that the man with the false ID will disappear, and that the girl — for she really is just a child, baby on her hip or not — will soon be left penniless and alone, far removed from whatever place she might ever have called home.

When her prediction comes to fruition, Mabel sets out to find a home for the girl and her infant son. Mabel convinces her friend Iris to open up an empty cottage on her curiously barricaded property, and suggests that Iris let the girl help her out with whatever assistance she might need.

Instinctively, Mabel knows that this needs to work, even though Iris is obsessively self-reliant and has had no visitors, let alone tenants, since her husband died and her teenaged daughter left for parts unknown. Mabel also trusts that Duncan, Iris’ loyal attorney and property manager, will help out by assisting the mother and child on Iris’ behalf, and that Oldman, a bachelor friend to all, will be called upon to help out with driving and shopping. In due time, a wary dance emerges between the helpers and the helped, and between those in need and those who learn, by complete happenstance, that being of use is its own reward.

This collective’s “It takes a village” efforts unravel when Iris’ now very much adult daughter, Claire, descends on her mother’s new and improved world. Claire says she’s come back to assist her ailing mother, but it becomes clear that she is most intent on dredging up anything that might explain her family’s mysterious past. Alas, the daughter wants answers that her mother refuses to divulge.

This, essentially, is Iris’ greatest desire — to live out her years, stubbornly holding the misery of her past locked away and never burdening her only child with a story too horrific to tell. When an exasperated Claire asks her mother if she’s happy, Iris replies, “I will be when I die.”

In that statement, Iris describes her own downsized version of a happy ever after. By the end, Iris’ fervent hope will be reflected in a series of down-sized dreams come true for most (but not all) of the individuals whose trajectories were unexpectedly shifted when a young mother and child mysteriously became an integral part of their lives.

Art imitates life, after all, and life is messy. Which is why The Girl in the Garden’s diminished expectations are so believably described. There’s a gritty mosaic made of the fractures we all experience in life, fractures that become something new and unexpected in the mending.

In this reveal, Melanie Wallace’s tale is a gift to cynical grownups everywhere. Have hope, do the right thing, the kind thing, and all will end well. Or, at least, better than you might ever have dared hope — even without any pixie dust.

Kristin H. Macomber is a writer who lives in Cambridge, MA.

Beasts of the Earth: A Novel

This gritty, lyrical exploration of the human condition lacks a soul.