The Book of Goose: A Novel

A young woman reflects on a complicated long-ago friendship. 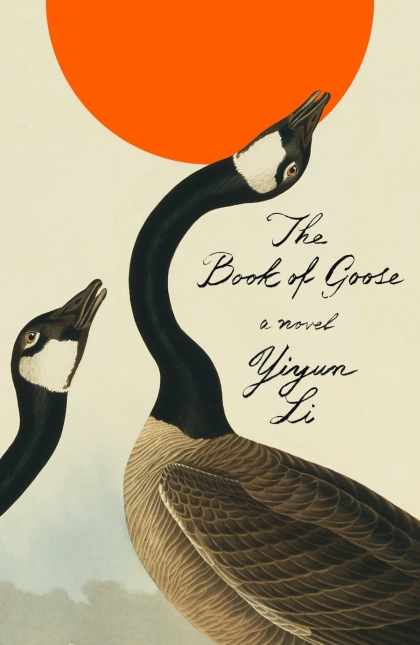 In The Book of Goose, Yiyun Li serves up an interesting cassoulet of friendship, fantasy, and the predatory nature of fame. The story begins in 1966, when Agnès, a young Frenchwoman living in Pennsylvania, receives a letter from her mother back in Saint Rémy telling her that her childhood friend Fabienne has died in childbirth.

The news prompts Agnès to consider Fabienne from the perspective of time and distance and to take an action signaling deeper insight into their complex bond: She begins to write about it. “Some people,” she pens, “are born with a special kind of crystal instead of a heart…There are not many of them around, but Fabienne is one. Was. Was one.”

Well into the 1950s, rural France remained prostrated by World War II. At 13, Agnès has never seen a typewriter nor eaten ice cream. Oranges are regarded as exotic beyond expression. The bodies of herself and Fabienne “were undeveloped, the way children born in wartime and growing up in poverty are, with more years crammed into their brains.” The crammed brains of those adolescent girls are extremely inventive, however, especially that of Fabienne, who spends her days herding cows around Saint Rémy.

While Agnès is able to attend school, her true life is that spent with her friend, a self-described “perturbatrice of god” who needs “to make things happen. To peel a young tree’s bark to see how fast it would die. To pet a dog and then give it a kick just to cherish the confused terror in the poor beast’s eyes. To push me into the water when my back was turned. To make me into a star, or a freak show.”

Fabienne turns Agnès into a star or a freak show — depending on one’s perspective — through fiction. Always an inventive storyteller, but lacking the penmanship to set her tales down on paper, she needs Agnès. Together, they enlist the recently widowed postmaster to help them craft stories about the children of Saint Rémy who have died, many of them horribly. Their collection is ironically titled Les Enfants Heureux (Happy Children), and at Fabienne’s insistence, Agnès is listed as the author.

Les Enfants Heureux becomes an instant sensation. “The press talked about the ferocious honesty on every page,” the adult Agnès writes, “and they called me a savage young chronicler of the postwar life.”

What she actually became was a pawn in a malicious game — Fabienne, the book’s true author and a master manipulator, sends naïve Agnès out into the world so she can watch the maw of Paris’ publishing machine chew her up. For a girl who has never tasted ice cream, the experience is terrifying but also exhilarating. The wunderkind from rural Saint Rémy learns to pose for photographers, smile knowingly, and dissemble. In short, she learns to be what people expect her to be. What she doesn’t learn is that those same people want pieces of her.

One of them is Mrs. Townsend, the headmistress of an English finishing school, who offers to give Agnès an expense-free year at her school providing Agnès does not return to France in that year, a year without Fabienne. The isolation and crushing loneliness Agnès experiences at the Woodsway School calls to mind the heartbreak of Portia Quayne in Elizabeth Bowen’s exquisite The Death of the Heart.

Unfortunately, author Li doesn’t elevate her principal character to the level of Bowen’s, and the whole episode at the school is peopled with half-developed characters — especially Headmistress Townsend, who never ripens into anything beyond a vicious harridan.

But the author isn’t as interested in fully developed characters as she is in the ontological questions her two young heroines explore through the “games” they create for themselves. For Agnès and Fabienne, nothing — not their families, not the opinions of others, not their own futures — is as real as the world of their friendship. But not even the strongest bond can withstand the onslaught of time.

When the disgusted headmistress sends Agnès home to Saint Rémy, Agnès and Fabienne visit their old playground, the graveyard where they once scoffed at the world. But time has changed them. While Agnès wants to resume their old ways, Fabienne, the crystal-hearted realist, knows that’s impossible. “Can’t you see that we’ve already lived past the best time of our lives?” she demands.

Years later, the adult Agnès writes, “The moment she said it, I knew she was right. She had made a game to deceive the world; we had succeeded, and now the game was coming to an end.”

The Book of Goose is not as intriguing as a narrative as it is as a vehicle for fundamental inquiries. Just as Fabienne challenges Agnès by asking whether it’s possible to grow happiness, Yiyun Li presents her readers with a fascinating question: What is real — the stories the world concocts about us or the ones we fabricate about ourselves?