The Asset: A Thriller

This largely implausible commercial-aviation tale comes in for a rough landing. 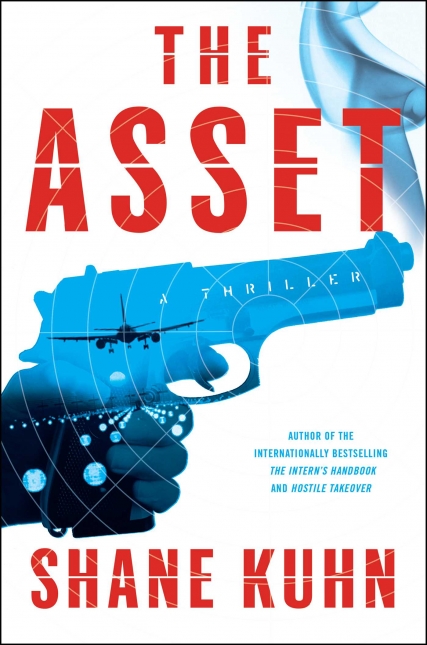 Shane Kuhn’s The Asset, a thriller about terrorists exploiting TSA incompetence, lands with sublime timing during the Summer of Discontent for airline travelers: long lines, missed connections, and bomb scares.

The novel centers on Kennedy — only one name given — a 33-year-old independent aviation-security consultant who’s haunted by the death of his younger sister, Belle, on a 9/11 plane. His guilt is magnified because he brushed her off on that tragic day. Immersed in his work to the point of living a “sad, transient existence” — without friends or a home — Kennedy travels 200 days a year and lives in hotels.

The CIA enlists Kennedy to foil a terrorist threat from Lentz — also only one name — a shadowy James Bond-type villain who operates from a sprawling island compound near Cuba. Kennedy, as an “asset” with airport access, will lead a motley team of commandos, computer hackers, and spies to install bugging equipment disguised as security upgrades in major U.S. airports.

Along the way, Kennedy reconnects with Love, a Jamaican pop star who was Belle’s best friend and, by extension, Kennedy tells her, his “only real next of kin,” though he hasn’t seen her in more than a decade. He soon recruits Love into the operation, and they revive and deepen their passion.

Meanwhile, Lentz’s threat evolves. An apparent plan to plant suitcase nukes on commercial jets and override cockpit controls, turning the planes into nuclear missiles, morphs into an even more sinister plot to have Kennedy unwittingly plant the nukes in the nation’s 25 busiest airports. Lentz will then detonate the bombs simultaneously, destabilizing the United States and making trillions by selling off its resources in a global fire sale.

The book is crammed with gee-whiz gadgets and ploys, and offers — sometimes deftly — what seems a well-researched primer on terrorism, counter-terrorism, computer hacking, and electronic surveillance. But even devoted Kuhn readers may be disappointed. The Asset, Kuhn’s third novel and his first standalone, lacks the intimacy, pacing, and dark humor of his first two books, which were told in first person by a young assassin.

The early chapters do include some compelling scenes, especially Kennedy’s escape from an apparent Isis-style kidnapping. But the novel soon feels rushed and slapdash, devolving into such lines as “Kennedy felt like they were rapidly approaching a meltdown in Alia’s leadership viability.” The vaunted “nonstop action” slides into summary and numbing litanies of shots fired and blows landed. Kuhn, a veteran filmmaker and ad man, seems to offer stage direction as scene.

Some elements should also strain even a devoted reader’s willingness to suspend disbelief. When we meet Kennedy, a brisk walk across an airport concourse constitutes his version of a gym workout, and he needs a CIA lesson on loading and firing a pistol. Within two months, he has become Rambo, able to deliver a variety of knockout blows even against combat experts.

Kuhn uses an omniscient narrator, a challenge in a novel in which many characters turn out not to be what they seem. How can the narrator relate those characters’ thoughts without revealing their secrets? In this book, by going no deeper into their psyches than their immediate situation. Readers may feel manipulated.

Throughout, Kuhn also does too much telling, denying readers the pleasure of assimilating a text. After Kennedy out-debates two commandos, instead of showing a third teammate trying to stifle a smirk, Kuhn writes: “Juarez was trying to conceal his amusement at Kennedy’s sound schooling of the two smug badasses.”

Structurally, Kuhn hews to the hero’s mythical-journey formula, with one glaring detour: Early in the CIA operation, Kennedy witnesses his team gun down two purported Lentz spies, and he flees and quits. He confesses to his CIA handler, “I was afraid,” citing agency assurances that he wouldn’t be in danger. Such lapses usually cost a protagonist the reader’s sympathy and empathy.

But not to worry. Within pages, Kennedy has redeemed himself by executing a brilliant freelance ploy, and the CIA welcomes him back as team leader. One agent, Kuhn writes, could tell that Kennedy “cared more for the safety of total strangers than he did for himself.”

The most implausible — and irksome — element, perhaps, comes at the novel’s end, when Kennedy and Love visit and salute Belle’s new headstone at Arlington National Cemetery, arranged by Kennedy’s CIA buddy. A 16-year-old civilian fails eligibility requirements in the nation’s most sacred military resting place. “No sweat,” Kennedy’s CIA pal assures him. “I figured she could teach all those old war dogs a thing or two about courage.”

Kuhn’s main message about “a world run by bullshit and lies” carries credibility from an author whose bio boasts that he’s “a shameless product pusher in the ad world.” Still, in the end, clever plotting and thorough research aren’t enough to avert a rough landing.

Charles Robbins is author of the political thriller The Accomplice and co-author of three nonfiction books with U.S. senators. A former congressional and political operative and Navy officer, he is a graduate of Princeton, Columbia Journalism School, and the Queens University MFA program.

This mixed bag of a debut novel features interesting characters but an incomplete narrative.