This chronicle of the late comedian’s life falls short of its subject’s greatness. 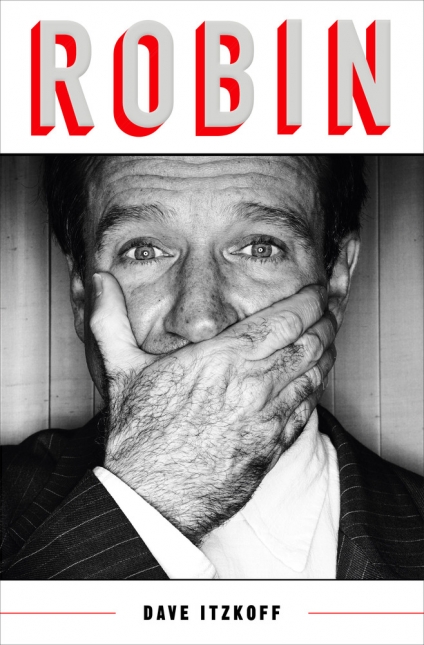 Shakespeare set the gold standard for honoring a beloved comedian no longer alive. In Act 5 of Hamlet, when the Prince of Denmark sees the skull of his father’s court jester, he nearly weeps: “Alas poor Yorick…A fellow of infinite jest, of most excellent fancy…”

And now, in Robin, we come to another man of merriment — a comedic genius who has, unfortunately, been buried in a turgid biography. Melancholy suffuses this book like a shroud, but perhaps that’s because the 2014 suicide of Robin Williams still saddens those of us once dazzled by his ricocheting brilliance, his hilarious humor, his raucous one-man shows, and many of his movies, particularly “Good Morning, Vietnam,” “Mrs. Doubtfire,” “Dead Poets Society,” and “Good Will Hunting,” which earned him the Oscar for best supporting actor.

As his friend Billy Crystal said the first time he saw Robin Williams perform: “Oh, my god. What is this? It was like trying to catch a comet with a baseball glove.”

Alas, poor Robin. While your star shines, your biographer shambles.

Granted, the challenge of writing about someone of sparkling talent is daunting, but there’s no excuse for plodding prose from “a culture reporter for The New York Times,” which is how the author, Dave Itzkoff, identifies himself on the back of the book.

On page eight, Itzkoff describes a photograph of Williams’ mother: “Even in this black-and-white image, the soft sparkle of her blue eyes is unmistakable.” Later he writes: “Still, there were lessons that Juilliard could not teach Robin…itches it could not scratch.”

Itzkoff continues scratching in another chapter: “After all the extravagant ambitions he had chased in show business and all the self-indulgent itches he had been able to scratch, none of which had led to his finding fulfillment, maybe this was what he truly wanted in life — maybe becoming a father is what would finally make him happy.”

The first few times Itzkoff mentions Williams wearing “rainbow suspenders,” I noted the colorful detail and remembered he had made them a fashion trend in 1977 with his breakout performance in the sitcom “Mork and Mindy” on network television.

By the fifth and sixth mention of “rainbow suspenders,” I wondered what I was missing. Was Itzkoff perseverating? His editor dozing? Were “rainbow suspenders” supposed to be Robin’s Rosebud? Did he wear them for good luck? To support the LGBTQ movement? I still don’t know.

By the age of 35, Dave Itzkoff had written two memoirs about himself, recalling his father’s cocaine addiction, his own drug use, and his attempted suicide, which presumably sensitized him to the addictions that plagued Williams, who was open about his struggles with drugs and alcohol, and frequently used them to fuel his comedy. He told audiences:

“I believe that cocaine is God’s way of saying you’re making too much money.”

“The only difference between me and a leprechaun is I snorted my pot of gold.”

“An alcoholic is someone who violates their standards faster than they can lower them.”

By contrast, discussing his decision to finally get sober, which he was for the last eight years of his life, Williams said: “I had to stop drinking alcohol because I used to wake up nude on the hood of my car with my keys in my ass. Not a good thing.”

When his second wife divorced him because of his extra-marital affairs, Williams said, “I’ve learned this: There’s (sic) penalties for early withdrawal and depositing in another account.”

Itzkoff covers all the biographical bases: Williams’ lonely childhood, his family’s many moves, his imaginary playmates, aloof parents, different schools, bullying, and the fear of disapproval and rejection, plus a bottomless need to please and perform, to be noticed and applauded.

No surprise that the best lines in the book belong to Williams, who psychoanalyzed himself better than anyone could: “I don’t think I’ll ever be the type that goes, ‘I am now at one with myself’…therapy helps…it makes you reexamine your life, how you related to people. How far you can push the ‘like me’ desire before there’s nothing left of you to like.”

Williams joked that he had to work nonstop because divorce was expensive, but the book makes clear that he worked for the same reason a dervish whirls — he had to. As one friend said, “He operated on working. That was the true love of his life. Above his children, above everything. If he wasn’t working he was a shell of himself. When he worked, it was like a lightbulb was turned on.”

Robin Williams turned the lightbulb off on August 11, 2014, when he hung himself by a leather belt. Months before, he had been diagnosed with Parkinson’s disease, leading many to assume that depression prompted his suicide. But three months later, the Marin County Sheriff’s office released the autopsy report, showing that Williams suffered from “diffuse Lewy body dementia,” a toxic, devastating brain disorder for which there is no cure or control.

“Robin was aware that he was losing his mind and there was nothing he could do about it,” said one of his doctors. Billy Crystal said: “My heart breaks that he suffered and only saw one way out.”

Williams left behind one widow, two ex-wives, three children, and an estate worth $20-$50 million, which was litigated by some of the above. He left the rest of us a legacy of laughter but feeling as desolate as Hamlet over Yorick: “Where be your gibes now? Your gambols? Your flashes of merriment that were wont to set the table in a roar?”