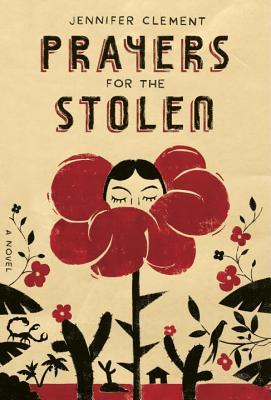 Jennifer Clement’s honest, beautifully written Prayers for the Stolen is a harrowing story about Mexico’s forgotten women and children: the ones missing and those in hiding. It is one of the best, most affecting novels I have read in years.

Clement has conjured a knowing voice for her strong young protagonist, Ladydi Garcia Martinez, a girl whose hard-won wisdom has come at a steep price. The novel follows Ladydi as she transitions from schoolgirl to housekeeper and eventually to inmate, where she finds herself mistakenly numbered among the very women the drug war has claimed.

All around Ladydi the makings of a comfortable and stable life lie in ruin; her mother lives but is lost among the rubble. The mountainside Ladydi calls home is in Guerrero, Mexico, and is overrun with snakes and scorpions and bad news. Ruination is commonplace. It is a rural community that has been ravaged by drug traffickers and male flight to the United States. Only women remain in this windswept, barren community near the port of Acapulco, leaving bad men to routinely descend on the village in trains of SUVs to enslave the prettiest girls in their cartel harems.

“My mother said the drug traffickers finally destroyed our mountain,” Ladydi tells the reader. “No community can survive so many tragedies.” And yet, the heart of this book, its very marrow, is how the remaining women survive, how they keep going even as the prospect of more devastation unspools before them.

Unlike her bitter mother, who is erratic and has been wrecked by drink and loneliness, Ladydi is young and clear-eyed. There is hard love between mother and daughter, and it is all that remains in the absence of Ladydi’s father, who disappeared to the United States, rumored to be working in a different state every time they hear news from beyond the border. Like the other girls in Guerrero, Ladydi’s mother disguises her as a boy, and attempts to make her as ugly as possible with bad haircuts and doctored teeth to protect her from the cartel. It is a daily battle, and girls are taken at random all the time.

Ladydi’s community is home to an unending parade of sorrow, and the setting is one of the great accomplishments of this novel. Clement’s knowing portrait of Guerrero is rendered with the same brilliance that Daniel Woodrell accomplished in Winter’s Bone, when he brought to life the rural Ozarks and its desperate methamphetamine trade.

Take the shack Ladydi and her mother call home, overrun and infested with pests: “Our little two-room house had been invaded by every creature around. Black widows, red tarantulas, and white transparent and brown scorpions began to show up everywhere. Red ants were crawling all over the ceiling. We found a nest of snakes, like a knot of black ribbons, behind the television.”

But the women remain because they have no choice.

When Ladydi and her mother spot buzzards circling the scrub brush near their ramshackle home, they know there is a dead body waiting to be found, rotting in the sun. Ladydi’s mother does not want this attention, and they set off to bury the body. They find him and use spoons and a small spade to return him to the ground.

When they find the body, there is little that still shocks them:

“His hands had been cut off and white and blue veins threaded out from his bloody wrists into the dirt like bloated worms. The letter P was carved into his forehead.”

There is little normalcy for Ladydi and her friends in a world where school is held only sporadically. Soon after her prettiest friend is stolen, Ladydi is offered a position working for a wealthy family in Acapulco. Leaving her mother behind, she takes the job, and falls in love with a young gardener. In Acapulco, Ladydi is implicated in a murder scheme, and, without giving too much away, finds herself in prison.

And yet, the story, and Ladydi’s hope for the future, doesn’t end there.

Of writing this book, Jennifer Clement said, “In Mexico today women are stolen off the street or taken from their houses at gunpoint. Some women never return home from their work place, a party or from walking to the corner. They are all young and poor and pretty.” Clement has written their story in a world of her own making, and in doing so she has realized a level of empathy that is absent in the news stories and bloody headlines that mark these otherwise forgotten tragedies.

I’m convinced Ladydi will ascend to the high ranks of young female leads. She has traces of Mattie Ross, the 14 year-old heroine at the center of Charles Portis’ great novel True Grit. Both young women are thrust into situations out of their control and have to make a decision on how to live their lives in the aftermath of great tragedy. Mattie Ross and Ladydi Garcia Martinez live among and navigate the chaos with great skill. And like Woodrell’s Ree Dolly in Winter’s Bone, Ladydi must deal with the sinister men that stalk the bone-dry hills surrounding her village. It is a hero’s journey.

Blake Kimzey is a student in the MFA fiction program at the University of California at Irvine. He is the author of Families Among Us, a collection of short tales forthcoming from Black Lawrence Press in fall 2014. His short fiction has been broadcast on NPR and published in Tin House, FiveChapters, the Lifted Brow, Short Fiction, Puerto del Sol, the Los Angeles Review and Surreal South ’13, among others.