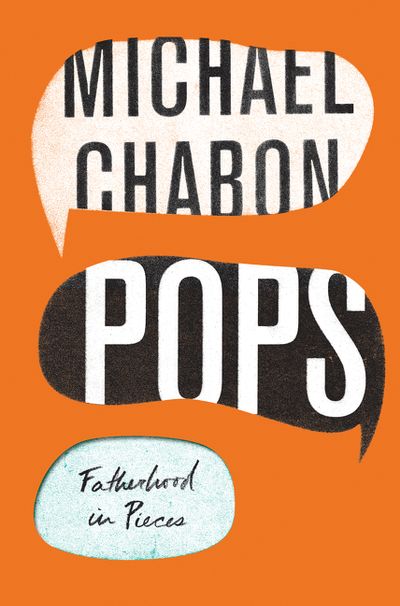 In this artfully written and witty memoir, Pulitzer Prize-winning author Michael Chabon contemplates what it means to be both a father and a son. Chronicling poignant moments into seven vignettes, he shares important lessons learned about fatherhood.

“You lose a book for every child,” a famous author once told a young Chabon before his first novel was published. Did his future sit precariously between successful creativity and family? The words were shocking. “The great man said his advice would be painful…You can write great books…or you can have kids. It’s up to you.”

The admonition hit Chabon like a sack full of rocks.

Having children is what most married men do. It’s what Chabon wanted to do. But how could he choose between career and family? He couldn’t; he would risk it and have both. Against the ominous warning, Chabon would have four children (with his wife, novelist Ayelet Waldman) and write, so far, 14 books. Could he have written more by now? Maybe. Had his children’s very existence stolen four books from him?

In contemplating the possibilities, Chabon realizes that in the end he will die, and the world will keep going without him. Even though he will leave his books to posterity, he will also leave something more precious to society — the legacy of his children. Although his writing is an integral part of himself, his books don’t love him back. But his kids do.

Chabon made a conscious decision to be present for his children. “Unlike my own father, I would be around for my children whenever they needed me.” As so many of us do, he’s had to compromise, fitting career plans into a life filled with sports practices, school projects, and doctor appointments. But he makes it work.

Chabon’s journey through fatherhood has taught him many truths. His children have their own passions, aspirations, and dreams. Goals and plans that are separate from his own. His son Abe loves fashion and lived his dream at Paris Men’s Fashion Week.

During that event, it became clear to Chabon that one person’s boredom is another’s exhilaration. He found that clothes, to his son, were an invitation to other kindred spirits. Abe wanted to be found by others like him; surrounded by those who understood him. Chabon writes:

Chabon encountered another truth at a Berkeley coffee shop, when his daughter expressed her individuality with an eclectic outfit. What she wore, and what the other customers wore, was normal. At least for them. But it wouldn’t be somewhere else, like in the Midwestern heart of the country where Chabon had recently visited, where conservatism and rigidity abounded. “Scary normal.”

Having two daughters, Chabon more fully appreciates how men should treat women and admits to finally understanding the damage he can cause. He realizes he must reject the inherent power of being a man by giving empathy. “It was not until I had daughters that I fully became aware of — and [was] duly horrified by — the damage that I myself, in my latent dickitude, was capable of inflicting.”

Children require time and attention and work. And they should come before anything else, including writing. But as Chabon skillfully articulates, they are worth it. Books may or may not find the attention of an audience, articles might die a slow death in the media milieu, but children will be our legacy forever.

K.L. Romo writes about life on the fringe: teetering dangerously on the edge is more interesting than standing safely in the middle. She is passionate about women’s issues, loves noisy clocks and fuzzy blankets, but HATES the word “normal.” Her historical novel, Life Before, is an edgy time-warping tale of reincarnation, social justice, and forgiveness. Follow her on Twitter at @klromo.