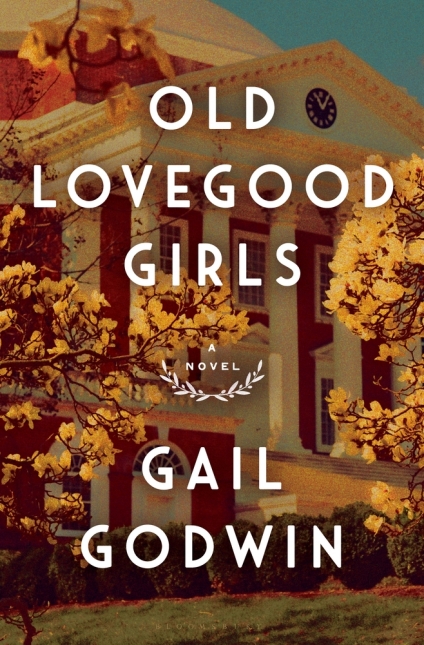 Along with Grace Paley, Mary Gordon, and Margaret Atwood, Gail Godwin was a pioneer of what came to be known in the 1970s as women’s fiction. Her breakthrough novels Glass People, A Mother and Two Daughters, The Finishing School, and, more recently, Unfinished Desires and Flora, depict in polished, often autobiographical ways the inner lives of slightly offbeat girls and women negotiating the challenges of love, work, ambition, artistry, honor, and self-regard amid rapidly changing expectations for women.

Godwin is a splendid storyteller whose tales are richly layered. Old Lovegood Girls, her 18th novel, opens in 1958 at the high-minded Lovegood College for women, a leafy two-year Southern institution whose ancient motto is “To be rather than to seem.” The novel follows the lifelong, if intermittent, friendship of two very different women, roommates for an intense few months during their freshman year.

Merry Grace Jellicoe, the generous and cheerful daughter of prosperous tobacco farmers, is naturally more gifted at living out the Lovegood motto than her roommate, Feron Hood, a rootless, dour girl from the north who clings to Merry to get her bearings in an unfamiliar world.

Gradually, Feron’s dark story emerges: Her parents, raised in a nearby town, married young and separated; her mother moved north, remarried, and succumbed to alcoholism, while her stepfather resorted to violence and child abuse — in the end, maybe even murdering her mother. Feron ran away to her Southern relatives, who placed her at Lovegood College, but she grapples with an enduring reflex for secrecy, shame, and envious imitation. She has no gift for being.

Tragedy strikes Merry, too: During Christmas break, her much-loved parents die while flying home from a tobacco-growers’ conference. She drops out of school to run the family business and raise her younger brother. Feron, meanwhile, drops away, not visiting or writing to her friend throughout college. It will be years before the women reconnect, then reconnect again, and again.

Both young women are aspiring authors. In the years that follow, Merry writes sparingly but assuredly about the farm and the death of her brother in Vietnam, with conscious respect for the privacy of those around her. She wins a national magazine prize, to Feron’s intense jealousy.

This becomes one of the knotty matters the women must discuss and reconcile in late middle age when Merry is dying of cancer, and Feron returns to live near the town where it all started. Thanks to Merry, love — that is, the ability to be rather than to seem — prevails and heals them both.

This engrossing and accomplished novel about women’s friendship is filled with a score of lively minor characters, from Lovegood’s benevolent matchmaking headmistress to Merry’s stoic (and, as it turns out, painfully secretive) farm foreman and later husband. Old Lovegood Girls is a fine, old-fashioned women’s novel in the tradition Gail Godwin did so much to create.

Anne C. Heller is the author of Ayn Rand and the World She Made and Hannah Arendt: A Life in Dark Times.