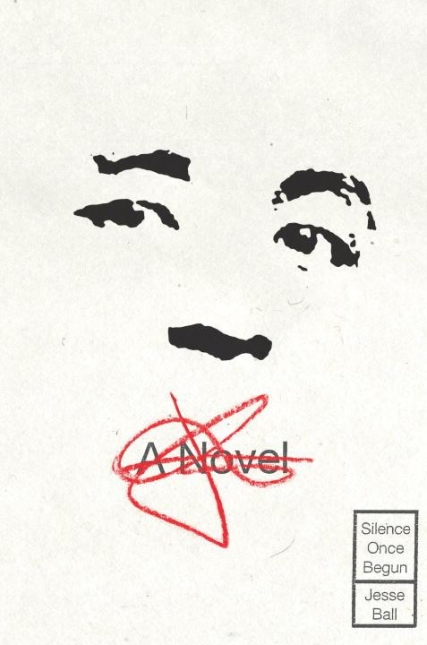 Jesse Ball’s intriguing fourth novel explores the puzzle of teasing truth from memories. “The following work of fiction is partially based on fact,” the author advises the reader, partially being the operative word. He keeps us guessing, all through this unconventional novel, both a psychological mystery and a reverie on the human condition.

Ball writes himself into the story as narrator, retrospectively investigating the disappearance, 40 years earlier, of 14 elderly people from a small Japanese town. A young man named Oda Sotatsu confessed responsibility for the disappearances. However, as the narrator tells the reader at the outset, his confession was false, the outcome of losing a wager.  Still, Oda Sotatsu remained silent, never provided more information about the disappearances, never explained whether the missing were alive or dead, never recanted nor defended himself. Ultimately, Sotatsu was tried, placed on death row and punished for the disappearances.

Through interviews with the remaining key participants and witnesses, the narrator explores the mystery and dissonance between different remembered versions of the events. What is fact and what is conscious or unconscious fabrication? The reader, like the narrator, is never quite sure. Ball has a particular interest in our universal susceptibility to imposing and ratifying false memories, and, in an interview elsewhere, attributed this tendency to “the attempt that any community makes to come to a consensus about past events.” The consequences of selective memory, partial understanding, and communal efforts to construct consensus are among the provocative questions explored in this work.

The story, which unfolds in a series of interview transcripts conducted by narrator Ball, reads more like a script than a novel. Each character’s voice is distinctive. One easily imagines Silence Once Begun transposed and presented on stage - a black-box theater production or a contemporary Noh drama.  Here action and character are revealed through soliloquy and dialogue, a deliberate authorial choice, as Ball explained to Publishers Weekly.

“I began as a poet and my previous novels rely in some sense on lyricism as a connective tissue…In writing this book — I wanted to depart entirely from that and work purely on plot and silence and speech.” Ball remains a poet; his spare language is as evocative as haiku. The novel reprises and expands his earlier poetic exploration of the tension between silence and confession, freedom and captivity, action and fate. From his poem Parades (“Paris Review,” Issue 174, 2005): “And when you are finally caught and questioned,/it is discovered sadly, that you know/nothing of use.” How close this comes to describing Oda Sotatsu’s situation.

Silence Once Begun is a restrained but harrowing story where life and fate hang “on the flip of a card.” This is a book for readers in the mood for an existential inquiry along the lines of Sartre’s Huis Clos or W.G. Sebald’s Rings of Saturn, rather than for mystery-lovers seeking a traditional page turning whodunnit. The author’s previous work has been compared to Kafka, and the resonance is strong here — indeed, one chapter is entitled “The Trial.” Ball’s somber fable concerns “the intricate cool process of subjugating another” and “our very helplessness in the face of our lives.”

Finally, though, this is also a parable about the force of love, absent and present. The genesis of the book, the narrator says, was his quest to understand his wife’s unexpected silence and the subsequent dissolution of his marriage. “I began to seek after all such occurrences. I traveled to places, spoke to people…I wanted to know how to avoid the unforeseeable troubles that come…In my seeking, I found out about the matter of Oda Sotatsu.”

Her passion resonates with the narrator, who shares his own story of lost love with her. Later he interviews her former boyfriend Sato Kakuzo, who recounts a different version of the events, and of Joo’s relationship to him and to Sotatsu. Which comes closest to the truth? Ball leaves it to readers to decide. But one conclusion is plain: Confronting helplessness in the face of our lives, discovering and trying to understand love, are universal endeavors at the heart of this unusual mystery story.

Ellen Prentiss Campbell’s fiction and essays have appeared in journals including The Massachusetts Review, Potomac Review, and The Fiction Writer’s Review. She received an MFA from Bennington and past fellowships from VCCA. Her novel in process is set at a former psychiatric asylum. Excerpts of her work are at www.ellencampbell.net.