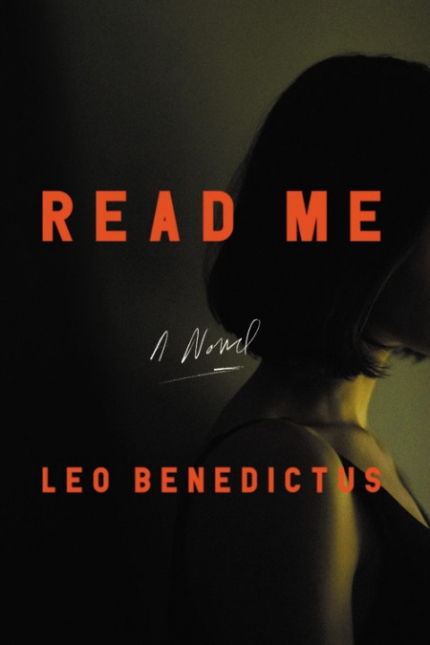 Read Me is two books, really. The first half of the story follows a narrator/protagonist, N, as he stalks several women, following them surreptitiously and attempting to infect their lives, usually without meeting or touching them. The second part of the book is dominated by an extended scene that is so gruesomely awful it will sicken you.

The author’s style, presumably employed to help illustrate N’s obsessive mental condition, includes sliding from first-person to third-person narration and back again, usually without warning or transition. This keeps the reader both alert and annoyed.

There are no quotation marks around quotes and no speaker tags; this creates more work for the reader than is necessary to showcase N’s mercurial and psychotic persona. We understand that he is mentally and emotionally deranged.

N’s self-examination, sometimes linking his thoughts with thinkers such as Einstein, Murkowski, or Montaigne, drags on, but when events — even tame ones — are unfolding, his thoughts can bounce around interestingly. The dilemma that seethes in his mind as he sits near a new target on the subway, for example, is involving.

The woman gets off at her station, leaving her phone on the seat. Should he grab it and give it to her? That would violate his rule: no contact with the target. But if he leaves the phone there, someone else may take it to her and thus he, N, would be interfering in her life by not returning her phone. Expressed through N’s psyche, such wonderings become interesting.

The stories told in normal narrative fashion are well-written and engaging. N is particularly taken with a woman named Frances, and the account of the disruption of her life when she is falsely accused of fraud and disloyalty to her employer is compelling. So are the events leading up to the murder of Frances’ employer (a nice, simple murder!), who ends up beneath the wheels of a rushing subway train.

The exploration of a sick man’s mind can be a worthy subject. N’s journey from relatively harmless obsessiveness (“I work with the presumption that the women I study would be upset if they found out, but if they don’t find out, well, where’s the harm?”), to malignant deception (emails that destroy his targets’ reputations), to sadistic violence might have been moving, but the ghastly torture sequence sucks all the oxygen out of the book’s second half, undermining any literary depth that N’s mental trekking might otherwise have had. The reader rushes through the book’s final pages hoping that nothing so awful will happen again.

Despite this, the book retains some memorable characteristics. N’s twisted relationships with his targets are hard to forget and sometimes revealing. The author, an award-winning features writer for the Guardian, is obviously talented. His first book, The Afterparty, was also stylistically challenging (a book within a book), but its layer of satire aided its execution.

There is no satire in Read Me. It might have benefited from some. Readers of this book should be prepared for landmines lurking among N’s innocent-seeming mental peregrinations.

Phil Harvey’s short stories have appeared in a number of literary magazines. His most recent novel is Show Time (2012).