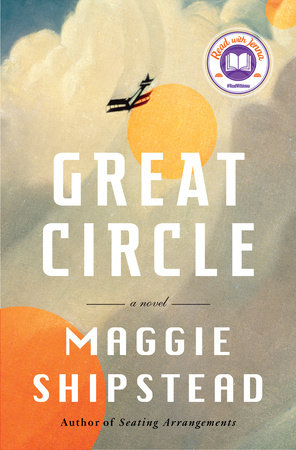 Maggie Shipstead’s Great Circle is a beautifully written, sprawling epic of a book about Marian Graves, a fictional female aviator who disappears in 1950 on the final leg of an attempted north-south circumnavigation of the earth.

The opening pages make for a vertiginous reading experience because of the many characters, settings, and time periods introduced in quick succession. Shipstead is willing to risk losing the reader from the outset, mimicking in narrative form the daring flying maneuvers Marian loves to perform.

But this novel richly rewards the reader willing to follow where it leads, and it soon becomes clear that the alternating omniscient and third-person-limited narration also mimics in narrative form the central theme of circular movement.

Marian is such a well-drawn, compelling character that the reader may be excused for believing she really existed. From the moment she sees a biplane for the first time as a child, becoming a pilot is her all-consuming passion. But the life of a female pilot in the early 20th century isn’t easy: She must combat strong familial and societal pressure in order to do what she loves.

Marian’s unique personality matches her unusual upbringing. She and her twin brother, Jamie, are raised by their dissolute but kindly Uncle Wallace after a disaster at sea takes away their parents. When Marian becomes an adolescent, Wallace tells Jamie that he’s worried she might end up “tough and alone, with a cigar stuck in her face…I already have trouble picturing her in a dress. Can you imagine Marian as a bride?”

When he asks Jamie to “have a word with her,” Jamie says simply, “She’d punch me,” and that’s the end of any plan to rein her in.

Marian continues to resist feminine stereotypes into adulthood. When she meets other women pilots, she is baffled by their decisions to perform their femininity, such as posing for newspaper photos in the cockpit while applying lipstick. When she joins Britain’s Air Transport Auxiliary, her recruiter explains:

“You must know they want the contrast, the magazine pictures of the pretty girl like any other, neat as a pin, hair curled, serving coffee and cake, who happens to be the same girl flying the big plane. You can’t have the pilot without the lady.”

Marian realizes that “the lipstick in the cockpit was an armoring, not an obeisance or a pandering affectation but something more like a beetle settling its wings down into a smooth shield.”

Though Marian’s story is an epic in itself — spanning the first half of the 20th century and many countries — there is also a modern timeline following the perspective of Hadley Baxter, a scandalously well-paid actress famous for her role in a glossy film series. She’s made some bad decisions that have tarnished her public image, and she’s bored with her life. Accepting the role of Marian Graves in a new biopic offers Hadley the chance to reinvent herself as a serious actress and maybe even win an Oscar. But as she becomes increasingly drawn into Marian’s life, her goals for her own start to change.

As with any dual-timeline novel, one timeline tends to be more compelling than the other. I found Marian’s story more gripping than Hadley’s. Marian is easier to root for, with her orphaned status, poverty, and big dreams. Hadley, on the other hand, seems at first like a typical self-absorbed poor little rich girl. And, initially, the timelines seem to have only the most tenuous connection, though by the end of the book, they come together in a satisfying way.

Shipstead also offers fascinating snippets of aviation history. She tells the stories of the usual suspects — Charles Lindbergh and Amelia Earhart — but gives lesser-known pilots of the era such as Amy Johnson and Elinor Smith their due as well. Especially delightful is Jacqueline Cochran in a cameo role: She was a real-life record-setting pilot and a recruiter for the Air Transport Auxiliary.

Just as impressive as Shipstead’s mastery of aviation history is the way she inhabits Marian’s point of view. The sensory details of flying in Marian’s planes are so vivid that, after closing the book, I half believed I’d flown in them myself, despite my fear of flying. The beauty of Antarctica’s landscape is just as immediate:

“Antarctica has a trickster’s spirit. In certain lights, a mountain a mile distant turns out to be a shoulder-high heap of snow fifty feet away. Dozens of tall, black figures marching toward them out of the fog turn out to be only five knee-high Adélie penguins, magnified and multiplied by some atmospheric illusion, stretched along an invisible horizon like an army.”

Despite my quibbles about the novel’s pacing and some of its narrative choices, readers of Great Circle are in good hands. If a book can be compared to a plane, nervous (or just uncertain) flyers should just sit back, relax, and enjoy where master pilot Maggie Shipstead takes them.