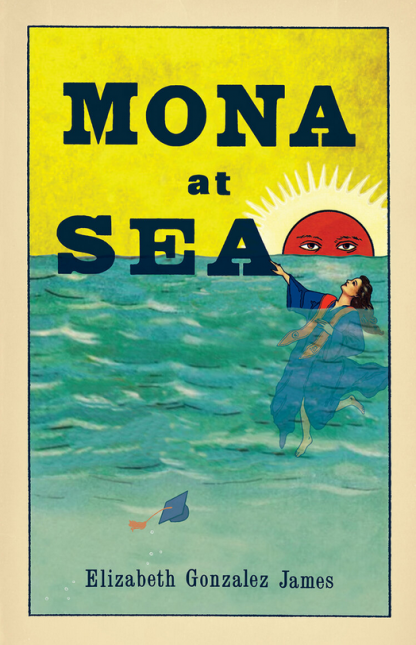 Mona Mireles wants to work in finance. But in 2008, on her first day at her new job, the Wall Street firm that hires her goes bankrupt. When a reporter captures her subsequent meltdown on camera, the clip goes viral. Ever since, she’s been recognized by strangers as “the Sad Millennial.”

“Dude, me and my boy watched that video a hundred times,” says a guy in Mona’s unemployment support group. “It’s not faaiir, I ate my veggies!”

Eight months on, Mona is still at sea, still unemployed, and living with her parents in Tucson. By now, she has submitted 400 job applications, but all she gets is clichéd advice: You aren’t what you do; your problem is you; you need to learn how to swim.

Mona is snarky and sharp but not very charming. She’s an award-winning valedictorian, a perfectionist with a dream and acerbic assessments of everyone she meets.

Her compassionate father is “a weathered turtle of a man.” And her devoted brother? “As a popular kid born to a family of nerds, short of accidentally curing cancer by combining tequila, mint gum and Polo Sport cologne, there’s nothing Danny could do to outshine me.”

Mona is above the other members of the unemployment support group, which meets in a church annex, and is jealous of her best friend, Ashley, who underwent gastric-bypass surgery but now “misses the luxury of her old body.”

Then there’s an encounter that might mark a breakthrough. Mona meets her idol, a Suze Orman-like financial adviser, at a conference. This woman tells Mona that her problem is attitude:

“The world doesn’t owe you anything. You’ve got to get out there and prove yourself. Stop waiting to be rescued and take control of your life. A great person gets a great job.”

But Mona brushes off this advice and stumbles from networking mixers to tedious, underpaid work at a call center, to a string of bad dates. These episodes, like all the writing in Mona at Sea, are exhaustively detailed. There’s an anecdote for everything and a description of every minor exchange. Yet strangely, many interesting characters, such as Mona’s Orman-esque hero, are dropped along the way. Nothing really comes of them.

We also learn an important secret: Mona is a cutter. She’s been working with a razor on one of her thighs for years, carving on it a picture of the Mona Lisa. It’s like ritual scarification. “The distinction between self-injury and self-expression is sometimes very thin,” she says.

Surely this must be intended as satire. But satire exaggerates events and characters in order to expose hidden societal hypocrisies, while Mona at Sea remains on the level of wisecracks and snappy comebacks. A blurb on the book jacket compares author Elizabeth Gonzalez James to Ottessa Moshfegh and David Sedaris. But Gonzalez James’ book, though rollicking, lacks the risks and starkness of the former and the charm and relatability of the latter.

Mona is witty but possesses no self-knowledge or empathy, so she doesn’t embody the usual tropes associated with millennials. She isn’t deeply connected to others, either, nor is she civic-minded. Still, the novel offers an interesting reflection on the folly of throwing good money after bad — something known as the sunk-costs fallacy — and boasts an especially entertaining scene (the best in the book) of an excruciating job interview.

During the interview, Mona is told that working in finance “isn’t a business for egghead girls…You can read books and get good grades but if you aren’t born with a nose for blood forget about it.” I wish Gonzalez James had let this observation reverberate and shape the remaining narrative.

Nevertheless, I’ve been thinking about this book quite a bit since finishing it. Toward the end, the author suggests that Mona’s salvation is in the scars on her leg, that she is like the Maoris of New Zealand, who mark “lineage and achievements in their skin with tattoos formed by making deep cuts and mixing their blood with pigment.” Perhaps Mona is, at heart, an artist.

The implication is that people can pull off amazing things without really meaning to, while the goals they expend their energy on are rarely achieved. Mona’s most exemplary quality, her tenacity, is never rewarded. Instead, it’s her wounds that carry the day. The millennial myth, “Do everything right and land a great job,” is thus replaced by the Baby Boomer myth, “Do what you love, and the rest will follow.”

In Mona at Sea, neither rings true.

An epic, philosophical story for thinkers