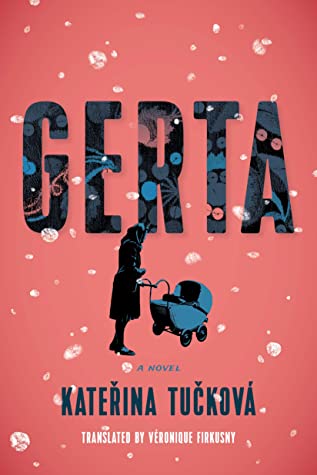 As children, many of us experienced momentary panic at losing sight of our guardian. Racing through shop aisles shouting their name, we felt overwhelming relief at finally hearing their voice. Now imagine the shop is a country devastated by World War II. All that remains are displaced, traumatized men and women desperately calling out for loved ones with no hope of a reply.

Kateřina Tučková’s heart-wrenching new novel, Gerta, is a prolonged version of that tumultuous moment. While lost children in a shop emerge from a tsunami of fear upon sighting their caretakers, protagonist Gerta Schnirch forever thrashes underneath the waves, her tattered Czechoslovakia allowing only brief respites from grief.

Spanning nearly three generations, the story traces Gerta’s life alongside Hitler’s rise to power during the Third Reich and ultimate defeat. In an area once known as Moravia, Czechs struggle to find their place amid Nazi occupation. Later, after liberation, the area’s German citizens face the same collective hatred recently leveled at the Czechs.

The daughter of a downtrodden Czech mother and a German father who ardently supported Hitler, Gerta becomes detached from both sides. After Germany’s surrender, she is suddenly a young woman without a nation: unallied and an enemy of all. Despite personally harboring no Nazi allegiance, Gerta, because of her lineage, is marked.

The war — through its raw brutality and divisive politics — has stolen so much from Europe’s hollowed-out citizenry. Every time a panicked Gerta pleads for succor, she’s met with silence. Some to whom she calls are dead; some decide to sever all ties with her.

“‘Janinka Hornová!’ Her voice broke. She was terribly afraid that she might be calling in vain.” She is calling in vain. Her old friend Janinka, though very much alive, refuses to be connected to Gerta any longer.

While this melancholy tale ably pulls at the heartstrings, its true potency lies in its realism. Gerta is no heroine. Rather, she — like countless others — is a survivor trying to make it through another day. Her act of rebellion is to live her life, which, though fraught with pain, is not without its moments of beauty and fulfillment.

Aside from its sparse plot, Gerta’s main strength is its lyrical language, translated exquisitely from the original Czech into English by Véronique Firkusny. The nimble text elevates the narrative and evokes deep emotions, while succinct descriptions capture Gerta’s — and her country’s — pitiable condition:

“The edge of the rough road crumble into the ditch. Grass grows through the gravel, and the wheels of the baby carriage bump over the stones. Her left foot has just slipped on the loose pebbles; there’s a dull throbbing in her ankle; perhaps she’s pulled a tendon.”

Gerta is neither fast-paced nor action-packed, nor does it seek to be. Rather, it quietly brings to life a forgotten snippet of World War II history while simultaneously reminding us that simply surviving is oftentimes extraordinary.

Fatima Taha is working on her Ph.D. in comparative literature at the University of Maryland while also teaching gender studies and global literature. She resides in Maryland, where she is working on her novel. She loves words almost as much as chocolate pastries.

Don’t Wait to Be Called

In this moving collection, the experiences of hardworking, frustrated Americans are set up beside — not against — refugee trauma.