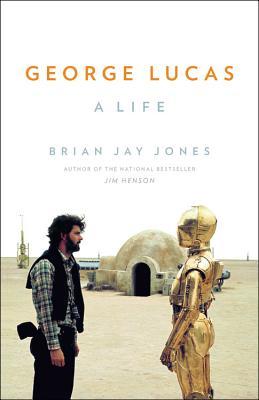 In a recent issue of the New Yorker, Rebecca Mead described the screenwriter-director Kenneth Lonergan’s reflections about his fight with Hollywood “suits” over the editing of his 2011 film “Margaret.” Lonergan said, “I am proud of being stubborn about wanting complete control over the work…I am not proud of being stupid enough to arouse the wrath of a studio that is much more powerful than I am.”

According to Brian Jay Jones’ new unauthorized biography, George Lucas has never expressed regret for his take-no-prisoners determination to fight for complete control over his films. Jones traces this obsession with control to Lucas’ childhood fascination with comics, TV serials, and the meticulous detail of Norman Rockwell paintings — which for Lucas were pictures of life “as It Ought to Be.”

Lucas was blunt in expressing his “just so” sense of how things should look. As a freshman at the University of Southern California’s film school, he told a grad student developing film, “You’re doing it wrong.”

This air of confidence freed him to ignore instructions for film projects, and led him to say, “Whenever I broke the rule, I made a good film, so there wasn’t much the faculty could do about it.” Throughout Lucas’ career, a long parade of studio executives would learn what the USC faculty learned: Lucas would try anything to keep control of whatever he worked on.

George Lucas: A Life is stuffed with stories about Lucas using his talent (and love) for editing as his most efficient tool for retaining control over a film. For instance, Jones sets down in painful detail the hoops and obstacles Lucas faced in order to direct “American Graffiti” — after which he complained: “You couldn’t pay me enough money to go through what you have to go through to make a movie.”

But he was referring only to cooperating with fellow human beings; as Jones tells us, Lucas boasted he could retake control of “American Graffiti” in the editing room: “That’s when I’m going to make my choices.”

His disgust with what he saw as studio meddling, says Jones, made him determined to form “an empire that would answer to the one independent entrepreneur and director who mattered: George Lucas.” (Cue the fanfare for the birth of “Skywalker Ranch.”)

Jones says there was one early project Lucas was especially determined to control: an update of his favorite childhood TV serial, “Flash Gordon.” Failing to get the rights to that franchise, he decided to create something like it. But that required writing an original story — and he hated to write.

In a chapter entitled “Bleeding on Page” (from Lucas’ admission that, “When I sit down [to write], I bleed on the page, and it’s just awful”), Jones details Lucas’ agonies with the storyline for “Star Wars.” Lucas apparently laughs off complaints about his famously clunky dialogue. But Jones notes that, years after the enormous success of the first “Star Wars,” Lucas still lamented: “I’m still not happy with the script. I never have been.”

Much of the later chapters in this bio delve (at some length) into what makes Lucas happy: tinkering with machines. Lucas wasn’t prescient about every new technology — Jones describes Lucas dampening his employees’ confidence in a new program they called Pixar — but his commitment to building and improving advanced cameras, digital cameras, and the THX sound system was deep and persistent.

Jones also chronicles at some length the canny pleasure Lucas took in nailing down merchandising rights for his films. Since the producers had little hope for the success of the first “Star Wars,” Lucas happily took control over what Jones says is the biggest moneymaker in the “Star Wars” franchise: toy licensing.

Stubborn independence is what defines the George Lucas we meet in Jones’ biography. Every episode in his life — from his decision to quit working in his father’s successful stationery business, to his dogged steps to acquire more property for Skywalker Ranch — seems shaped by a molten core of conviction about his vision of the world.

Jones refers to this intense conviction in a brief description of an experience Lucas recounts from the age of 6 — a mystical experience that provoked him to wonder: “What is reality? What is this? ...What’s going on here?”

Jones says these are the questions Lucas asks in all his films. If Jones is right, that would go a long way toward explaining Lucas’ obsession with control: He wants to address these questions himself, not accept someone else’s answer.

Jones says the director Peter Jackson called Lucas “the Thomas Edison of the modern film industry” because of his contribution to movie technology. Jones’ portrait suggests that any similarity between Lucas and Edison should mention a thirst for wisdom as well as a knack for tinkering.

Paul J. McCarren, S.J., lives in southern Maryland, where he continues to work on a series of Simple Guides to the Bible. He occasionally leaves the quiet of the boondocks to teach in DC at the Dog Tag/G.U. business program for vets.

A Coastline Is an Immeasurable Thing: A Memoir Across Three Continents

A lyrical reflection on growing up a “third culture” kid.