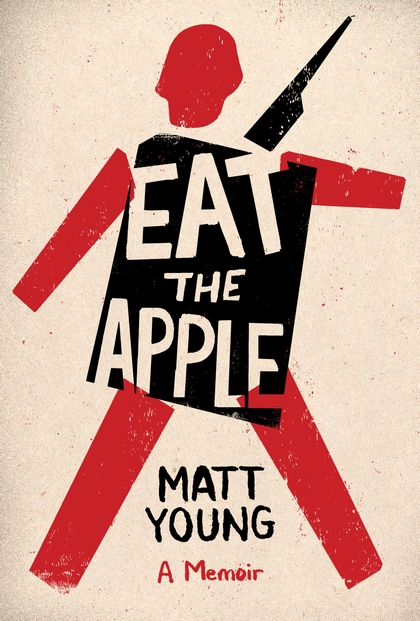 Thirteen years ago, an 18-year-old boy — with no particular accomplishments — got drunk, crashed his car into a fire hydrant, and joined the Marine Corps.

Matt Young’s Eat the Apple is an up-from-self-loathing memoir about his three deployments to Iraq between 2005 and 2009, which coincided with bumpy rites of passage in the desert.

The surprise to a lifelong civilian is that a Marine’s existence, outside the days of rigorous training and combat drills, is maddeningly monotonous, mournful for home, mindful of menace, and, if one has a wife or girlfriend — this is definitely a “boy's” book — an inevitable opportunity for a miscarriage of monogamy.

Unlike previous well-known war stories in the pantheon of American literature, such as Joseph Heller’s Catch-22 and Kurt Vonnegut’s Slaughterhouse-Five, neither humor nor science fiction particularly propels the progression of Apple.

Young is angrily ambivalent about having been successfully recruited — at first:

“Our instructors are like drill instructors if drill instructors weren’t like hermetically sealed action figures…gritty and lean, with hollow eyes and acid wit. …they fidget…and fuck with our time, make us clean, make us run, make us hurt…They expect us to see in the dark, to anticipate the movement of our enemy, to act as magnanimous killing machines.”

When Young has his first stateside leave, it addles familial relations, convulses his unprocessed separation anxiety, and fires up his fermenting distress about how the homecoming will unfurl after having been so far away in miles and milieu: “He finds his family wandering the basketball court…calling his name. Grandparents, aunt, fiancée — he wants so badly to be happy when he sees them.”

But, in time, Young learns to pilot the poignant passages between field and furlough, his family falls from the foreground, and the platoon becomes his priority:

“I feel guilty because the longer I am here the less I think about my family and fiancée…and the more I think about my new family…my loyalty to them and the fear that strikes my heart when Marines are traded between platoons.”

As coming of age starts to reside in Young’s mind, there is a parallel, platoon-wide upsurge in hesitant yet expressed intimacy that mutes the caustic corporals and supercilious sergeants, and domesticates the predictable loneliness and other atrocities yoked to war:

“We pop one another’s back zits and apply baby oil to naked shimmering backs to ensure even tans.

“We call this brotherhood.

“You’re all a bunch of queers, says an outsider.

“Spartans fucked each other all the time, we say.

“You fight harder for someone you love, we say.

“We say those things for shock, for a laugh, but there is truth to them…We are trying to figure it out, trying to find ourselves in a world of testosterone and violence…we’ve learned to fear those intimate feelings, those intense moments of love that swell inside us.”

Young’s saga is infused with trauma, toughing it out, and TLC. But, ironically, it is not a work that defines battle directly because Young never gets to kill. Apple is about the myriad psychological conflicts associated with concentrated exposure to combat.

The war in Iraq was apparently a poorly envisioned response to 9/11 and alluring opportunities for oil. According to Young, terrorism could have been contained in the airports. Despite his objections to some policies, however, this Marine’s love for America — a separate issue altogether — is staunch, steadfast, and sound — from enlistment to exit.

By Joe Sacco and Adam Hochschild