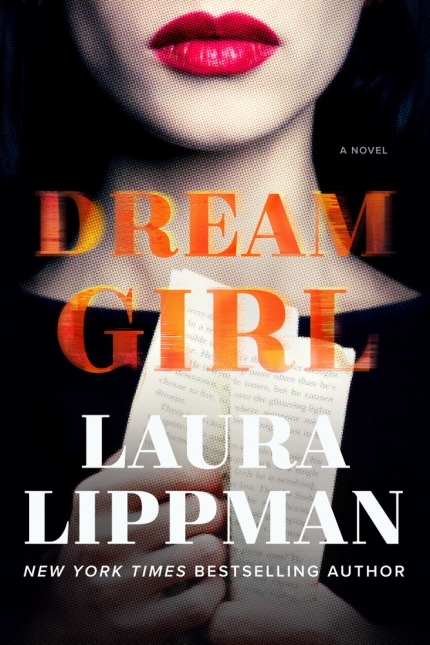 Dream Girl’s protagonist is 60ish writer Gerry Andersen. Once lionized as a hotshot for his debut novel, Andersen today is a rich, thrice-married celebrity litterateur. Sadly, he has never quite lived up to the acclaim heaped upon his first book. You may recognize the type.

Because his mother is dying, Gerry has traded the Parnassus of Manhattan for his dreary hometown of Baltimore. Within days of her passing, a freak domestic accident has him sidelined in his newly acquired luxury penthouse. The doctors have fitted him out with a traction-enforcing hospital bed. He faces months in isolation, pinioned above the homely cityscape of his youth, attended only by a demure personal assistant and a sullen nurse caregiver.

Lippman has always distinguished herself with well-tuned interior monologues. That’s the key here — used to marvelous effect — as Dream Girl’s plot casually tumbles along a beat or two behind in the headlong surge of Gerry’s ruminations. Framing chapters fill in some gaps, revealing seemingly random moments in his earlier life.

Gerry rumbles on, as self-absorbed as Philip Roth’s Nathan Zuckerman, though a good deal more comically sententious and inclined to self-dramatizing bon mots:

“[He] always felt more in step with the writers of the previous generation. They were the little pigs who built their houses of brick, whereas Gerry’s peers tended more to straw and wood.”

All the while, a little mystery germinates. Gerry is troubled by messages — and a creepy midnight visit — from an unknown person purporting to be the real-life model for the love object in his famous first book, his own dream girl. He has always insisted that he invented the character whole, despite the incessant probing of reviewers and lit-media groupies after her “real” identity.

To unmask the impostor, he calls in a prominent Baltimore private eye, introduced with an authorial wink as Tess Monaghan, whom Lippman fans will recognize as the protagonist in her early series of detective novels. Tess interviews Gerry, then politely declines the case as unworthy of her time. We get it, but he seems blithely oblivious to the irony.

His suspicions fasten onto his slinky former live-in (“Only the best men could afford a Margot.”). But Margot soon ends up dead, and at last we have ourselves a proper mystery, stocked with the first of several trailing corpses to come. Plus, there’s a corker of a surprise ending that puts the riddle to eternal rest.

As a novelist, Lippman may labor under what some see as the limiting burden of “genre author.” Early in Dream Girl, she has Gerry opine on the subject:

“By college he was mildly embarrassed by his affection for the private detective genre…although he recognizes there are a few outstanding practitioners working within crime fiction, albeit almost accidentally.”

No accident has triggered this writer’s growing range. Her ambition, depth, and skill have been impressively apparent in her last several novels, notably Wilde Lake (2016) and Lady in the Lake (2019). Looking back, it’s clear that Laura Lippman has labored hard to expand her creative reach beyond the bare scaffolding of story-driven whodunits. Dream Girl’s subtle, allusive brilliance would appear to promise much, much more to come.

A tight-knit group of friends must confront unsettling truths about themselves after one couple adopts a child.