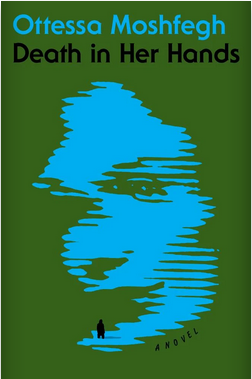 Vesta Gul lives on 12 remote acres of forest that were once part of a Girl Scout summer camp. Her home, located outside of the tiny post-industrial town of Levant, is a cabin near the edge of a lake. In its previous life, it hosted campers gathered to share meals and learn arts and crafts, but Vesta lives there alone, save for the company of her dog, Charlie, and the cremated remains of her husband, Walter.

Vesta had once been a striking figure. When she was young, she had soft black hair that contrasted with her stunning blue eyes, and she enjoyed drawing attention. “I used to dress in such a way, people wanted to take my picture,” she recalls. “I was gorgeous.”

But she is 72 years old now. Her hair has turned silver. Wrinkles have reshaped her face so that the skin near her temples looks “like a blanket thrown over a carved mahogany chair.” And she eschews human contact. She has no phone and no Internet connection; she writes no letters because she has no friends to correspond with.

On Mondays, Vesta visits the nearby town of Bethsmane for supplies. It’s her sole regular outing, and while there, she speaks the fewest number of words possible. She says “please” and “thank you” when she must, but falls back on nods and smiles whenever she can.

Vesta — lonesome, solipsistic, and regal — is the protagonist of Ottessa Moshfegh’s new novel, Death in Her Hands. And like Moshfegh’s other memorable protagonists, she is at once a character entwined in a plot that advances a story, and the story itself. Most of the novel’s notable events take place inside Vesta’s mind.

Ostensibly, Death in Her Hands is a murder mystery. On the first page, readers learn that Vesta has discovered a mysterious note while walking through the woods near her cabin. It had been pinned to the ground by black rocks, and the text reads: “Her name was Magda. Nobody will ever know who killed her. It wasn’t me. Here is her dead body.”

But there is no body and there are no signs of struggle — no dried blood, nor any other echoes of an assault. The note may be evidence of nothing.

Vesta realizes this, but rejects the idea that there could be an innocent explanation and decides to invest her ample free time in solving Magda’s murder. Her motivation is less than altruistic. If nothing else, the investigation will relieve the calcifying monotony of her days. “A little horror story,” she says to Charlie. “Gets the blood flowing, right?”

Because Vesta has nothing but the 19 words in the note to base her investigation on, she speculates wildly. The question of Magda’s fate enters her consciousness and then spreads like water, filling all available space. Soon, she turns Magda into a fully realizing fictional character, complete with vanities and flaws, allies and antagonists.

Magda was a seasonal worker, Vesta decides, someone vulnerable and exotic to the residents of Levant. A man named Blake authored the note. And the two prime suspects are Henry and Ghod, the first of whom, Vesta decides, could be a man whose rougher instincts have been tamed by poor fortune. The second is a “ghost creature.”

Vesta’s fictive narrative becomes progressively more complex as Death in Her Hands proceeds, and then this imaginary world intrudes on real life when she encounters her characters in the physical world. Someone enters her cabin. She discovers that her garden has been tampered with and senses that she is being watched.

Or maybe none of these things happen. Vesta, it eventually becomes clear, is a supremely unreliable narrator. There are hints of pills once taken and now neglected, and questions about Vesta’s lucidity and the consistency of her memory.

Moshfegh is among the most talented writers working. I can think of no one who writes with greater insight about isolation and the often-macabre manner in which it warps the psyche. At its best, her work is haunting. Lines from the inner monologue of the title character of her novel Eileen intruded on my own thoughts long after I finished reading it, as when she reflects:

“[M]ost rock songs made me want to slit my wrists, made me feel there was a wonderful party happening somewhere, and I was missing it…”

Vesta is a similarly beguiling character, but it was not the murder mystery she perseverates over that drew me in. The question of how she ended up alone at the end of her life — so isolated that there is nothing and no one to prevent her from receding into a complex imaginative world — is far more engaging.

About Magda’s murder, little is ever said with certainty. But the mystery of Vesta’s fate has a tidier answer: Walter. He has been dead for a year when the novel opens, and in Vesta’s early reminiscences, he seems like a condescending but relatively benign character. “Walter,” she recalls, “had always told me that when I got emotional, it put a great strain on my heart.”

Moshfegh slips new facts about Vesta’s deceased husband into the narrative at a steady rate, and each is more troubling than the one preceding it.

It seems Walter married Vesta so that he could use her as an adornment — someone he could flaunt, condescend to, and gaslight — and she married him because he could offer stability. He was a professor, and she had been raised without means.

As Vesta acknowledges, the tradeoff cost her more than she could have imagined. Nearing the end of her life, she understands that choosing Walter was the reason all of her “dreams had been dashed.” She thinks:

“I wanted to be safe, whole, have a future of certainty. One makes mistakes when there is confusion between having a future at all and having the future one wants.”

Vesta, then, is not just a woman indulging a fantasy about solving a murder; she is a representation of a certain kind of success — a manifestation of the moral void lurking behind the façade of respectability and material wealth. And the account of her life that appears in the form of reminiscences slipped between long fictive digressions tells a darker and more poignant story than the account of any murder.