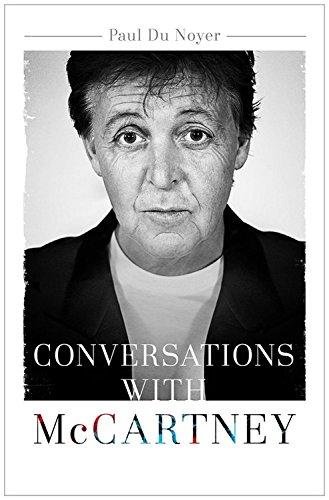 Between 1965 and 1967, the Beatles brought out Rubber Soul, Revolver, and Sgt. Pepper’s Lonely Hearts Club Band, and Bob Dylan released Bringing It All Back Home, Highway 61 Revisited, and Blond on Blond. The same three years saw signal work from Cream, the Rolling Stones, and the Who; the Byrds, the Doors, and Jefferson Airplane; Donovan, Jimi Hendrix, and Janis Joplin. The list, if not the beat, goes on — icons of a decade, “the Sixties,” housed in a pantheon that we who are now in our 60s created and conserve.

A handful of survivors have retained the rare capacity to surprise by becoming either loonier (Ginger Baker); more virtuosic (Eric Clapton, Carlos Santana); or more protean (Joni Mitchell, Neil Young). And two others stand apart for musical genius matched by unyielding contrariety: Keith Richards has retired his image as surly lout to adopt one as crusty graybeard; and Bob Dylan has eclipsed his rejection of the mantle “spokesman for his generation” with his grudging acceptance of the title Nobel Laureate.

That leaves Paul McCartney, Sixties icon par excellence and subject of Conversations with McCartney. McCartney has survived the death of the Beatles and the deaths of Harrison, Lennon, and Linda (Eastman) McCartney, his spouse and collaborator of three decades.

Despite losses and setbacks, he has thrived, creating a prodigious canon that traverses the pop landscape and ventures into the classic. Less craggy than Richards and less grizzled than Dylan, McCartney also has gone well past 64 with boyish charm intact — a genial enigma, one might say, with Brian Wilson as his doppelgänger.

Highly public, thoroughly documented, and closely analyzed, McCartney’s life and works have attracted both the devout and the dismissive. Author Paul Du Noyer, a “music journalist” with an impressive resume, clearly belongs to the former camp.

A fellow Liverpudlian who does not “pretend to be [McCartney’s] friend,” Du Noyer nonetheless has enjoyed considerable access to his subject. He has based Conversations with McCartney on talks — “structured to be interviews, but never as interrogations”— dating from 1979 well into the aughts.

Based is the key word. Rather than compile a sequence of interviews, Du Noyer has reordered the conversations into “a single narrative,” producing a “story of McCartney the musician, told in his own words with a few of mine as well” — a story that he later describes as “not so much a biography as a portrait.”

Comprising two halves of more or less equal length — Part One “roughly chronological,” and Part Two “more thematic”— Conversations succeeds less well as story or portrait (it lacks both drama and depth) than as an informed and insightful take on an extraordinary artist and his work.

Part Two works better than Part One, not because it is thematic, but because it is closer to an interview format, with brief questions from Du Noyer and lengthy responses from McCartney. Du Noyer here assumes the role of less visible shaper, rather than more visible intermediary, so McCartney, as a result, stands squarely in the foreground.

Of themes treated, the self-query — Is there, I wondered, a “real” Paul McCartney? —generates a miscellany, while The biggest subject of all — how does Paul McCartney write a song? prompts engaging comment (McCartney) and commentary (Du Noyer), including a revealing homage to the Great American Songbook.

It is foolish to criticize a book for not being what it does not intend to be, but Du Noyer has passed up the opportunity for memoir inherent in his material in favor of chronicle incidental to his material. Less can be more, and a simple compilation of interviews might have been.

Each part, though, ends on a high note. Part One concludes with a lovely chapter, “John,” where McCartney eulogizes the partnership at the core of his fame and legacy, and Du Noyer adds a final touch to his deft debunking of Lennon as rebel intellectual and McCartney as placid songsmith.

(Du Noyer then tacks on, alas, a counterfactual history of the four Beatles premised on Paul’s not meeting John on the “fateful day” and on the Beatles, as a result, never forming.)

Part Two concludes on an equally lovely chapter, “Linda,” celebrating McCartney’s even more significant partnership (personally, if not professionally), followed by a chapter, “Love,” that offers a smart assessment of the love song as the quintessential McCartney genre.

Overall, Conversations with McCartney leans toward hagiography. A brilliant songwriter, musician, and bandleader (all indisputable), McCartney also emerges as a model of virtue: occasionally “pushy,” but only because of his drive and enthusiasm, and sometimes a “taskmaster,” but one who is “usually correct,” McCartney (and the Beatles) otherwise seem “fallible” only in their judgment in movies after “A Hard Day’s Night.”

Hagiography, though, does have its appeal. Many readers, including me, will share jolts of recognition: the “epic pairing,” in 1967, of McCartney’s “Penny Lane” with Lennon’s “Strawberry Fields Forever”; or the release, in 1970, of “Maybe I’m Amazed,” the only track from McCartney’s first solo album that, to a skeptical audience, “sounded like a Beatle classic.”

Carping aside, and whatever the missed opportunities or flaws, Conversations with McCartney is a good read — admirably light in tone, if also light (seemingly by intention) in content. Neither a deep analysis of McCartney, a close exegesis of his work, nor a trenchant addition to the shelf of critical literature on the Sixties, it is a very capable and polite introduction to “a decent guy, who happens to be a genius.”

Charles Caramello is a professor of English, former dean of the Graduate School at the University of Maryland, and current dean-in-residence at the national Council of Graduate Schools.