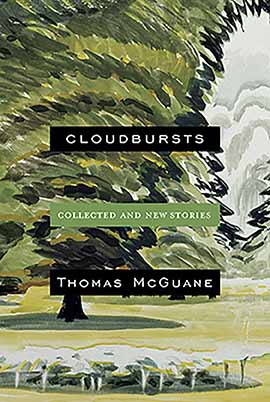 Thomas McGuane’s early novel The Bushwhacked Piano is one of the funniest books you could ever read, a picaresque that some misguided young men — well, one, anyway — used as a sort of guide to life back in the day. But it is a good and natural thing, in a writer or anyone else, when youthful exuberance mellows and turns into wisdom, however much hard-won.

In his long career (his first novel, of 10 so far, appeared in 1969), McGuane has published three collections of short stories. They are set in Montana, or Michigan, or Florida, or generic variants thereof. More than a few are what you might call, what you should call, masterpieces.

“The Refugee” (from his 2006 collection, Gallatin Canyon) is one such — a perfectly constructed story in three sections, each more harrowing than the one before. A burnt-out case, Errol Healy, sails his yawl from the west coast of Florida to Key West. He means to consult a wise woman, a seeress who had previously saved him from dissolution. He finds her decrepit in body and, after pouring out his more recent sins to her, realizes she is (probably) decrepit in mind, too.

Haunted by memories of women and men from his youth, including his best friend (whose death Healy may have caused), he sets sail again. He survives another horrific storm only to arrive, and become trapped, at his final destination. There he meets an island woman, a parody of a seeress who tells him, in the most enigmatic terms, “where he must start.”

It is a sublime conclusion, one that is emblematic of McGuane’s stories. He has the instinct to end — sometimes unexpectedly, sometimes abruptly — in the place just right, as the old Shaker hymn says.

Not that anyone would confuse a McGuane character with a Shaker — among other things, the Shakers abjured sex, as these characters manifestly do not, and they strove for simplicity which is, again, not a good match with the men and women who populate McGuane territory, who often go out of their way to court peril or otherwise avoid the straight and narrow.

Cloudbursts includes most of McGuane’s previously published stories and adds eight new ones for a total of 45 wonderful narratives.

His men are mad, bad, and/or vulnerable and pang-filled; his women are usually tough enough to take chances at which the former would demur. The sexes get along with each other reasonably well, so long as their relationships are not formalized — wedded bliss in Cloudbursts is rare.

In “The Casserole,” a husband and his wife, Ellie, are content to live in town and not on the Big Sky ranch her parents hope they will take over — or so he thinks, until his mother-in-law hands him a lunch pail. “Something to eat on the way home,” she says, while Ellie stands silent in the background.

And then comes the heartbreaking punchline, which he thinks to himself while outwardly pretending to be calm: “What kind of an idiot puts a casserole in a lunch pail?”

At age 78, McGuane is much more than a comic writer, though most of his heroes are mordant wiseacres, and even where (especially where) the gist of the story is the malevolence of nature, or the suddenness of death, his one-liners crackle.

In “The Good Samaritan,” the gentleman farmer, stewing about a hired hand who has told him to relax, thinks: “Telling people to relax is not as aggressive as shooting them, but it’s up there.” And when, in “Partners,” a young rogue lawyer is invited to a boring client’s house, dinner goes on and on, “a less attractive form of nourishment,” he thinks, “than an IV bottle.”

Sometimes the author is just showing off, pure and simple, but that can delight, too. McGuane the man is an avid fisherman, sailor, horseman, and outdoorsman, so he can fill pages with technical details and jargon about, for instance, hunting dogs (as in “Flight,” one of those sudden-death stories) or cow horses (“…just his kind of horse, sickle hocked, good withers, short pasterns, low crouped, and coon footed, a real mutt of a cow horse you wouldn’t take to a halter class” — from “A Long View to the West”). The story “Cowboy” is written in old cowpoke dialect with not one false note.

In short, the man’s a great writer, the kind who can manage what in a lesser writer would be a fraught thing — the sequel to a masterwork. In one of the new stories in this volume, “Papaya,” Errol Healy (the debauched hippie previously seen in the aforementioned “The Refugee”) has become — of course — a successful insurance guy in Key West.

Youthful exuberance has turned into wisdom — or something close enough. “The Refugee” delivers the perfect ending; “Papaya,” merely a happy one. You choose: They’re both great.

The Chalk Artist: A Novel