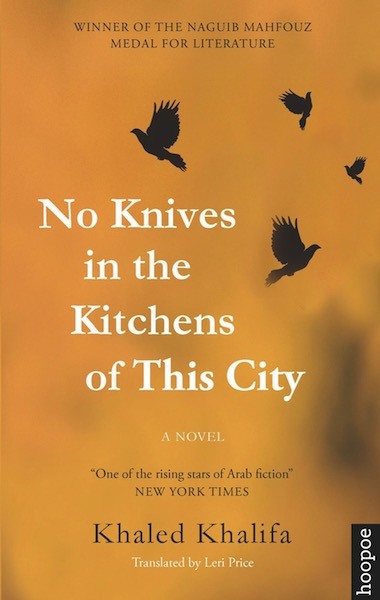 Just as curling or fudged, rosy or doomed as our memories swirl through our minds, so Khaled Khalifa wraps us in a story of memories and their power in Aleppo. A mother and her ill-fated children personify the Syrian city as it slowly erodes into chaos and decay under the Assad regime. Memories and reality conflict as the characters encounter delusions of themselves and the world they’ve known.

Scenes of various moments in the lives of the family follow upon each other, not according to linear time, but in a dream-like chronology. Each character’s story plays on reality and their own perception of their life.

The life of Aleppo, and of those who govern it, meanwhile, parallels the arc of this family’s existence. An underlying theme surfaces: Does holding onto a city’s glorious past make it impossible to confront and deal with its current reality?

“He wished his memory could become a blank page so he could write his opinion of death, which, he was sure, was the only fact that made us into cowards; we fled from it so as not to have it before our eyes, to have to see it when it was so terrifyingly real,” Rashid, a son in the family, contemplates as he imagines his death from participating in a terrorist attack against American forces in Iraq.

He later abandons the attack and returns home conflicted about his reaction to facing death. “Everyone around me thought of the images of power which lead a person into a labyrinth of delusion. I thought that I was the opposite of everyone else in that I liked being happy.” Confronting memory and reality plays into each child’s life.

Sawson, Rashid’s beautiful but slowly aging sister, tries to revive a lost innocence that also parallels the city in which she lives. On her 30th birthday, the family attempts to revive their own connections to each other despite the city’s sloppily constructed housing for poor fellaheen, or people coming in from the countryside, crowding their home.

“For [the fellaheen], Aleppo still embodied a dream of wealth and urbanity even though three-quarters of it had turned into slums unfit for human habitation.”

Memories of an Aleppo of beauty and wealth also cloud the mother’s conception of her new reality partially demonstrated in an encounter with the narrator, her son, long after she’s lost her former status: “My mother looked at the swords hanging around my neck. To her, I looked like a beggar with my filthy clothes and ragged nails. I read in her eyes that I was straying from the path, a misstep that would destroy the ascendance of the house she depended on for protection from the hubbub of the street, and from men who smelled of pickled turnips.”

Their uncle, Nizar, a gay musician who spends time in jail for sodomy, searches for love and for success as a musician outside of Aleppo among artist communities. His life also unravels away from Aleppo, so much so, that his nephew, Rashid, doesn’t believe Nizar’s new reality is worthy of his uncle. “Reflecting on his weakness, [Rashid] explained to my mother in the midst of her hallucinations that the family she wished to hold onto was nothing more than a mirage, a delusion that had to end.”

The title of the novel seems to draw from Arabic idiomatic expressions regarding the futility of a kitchen without knives — just as those who live in Aleppo have allowed the disintegration of its greatness without doing something about it. A reference to the idiom seems to illustrate this point.

“[A man] set his wife and four children on fire, then committed suicide with a kitchen knife as he screamed at his neighbors, who were watching dispassionately, that dying in a fire was more honorable than waiting to starve. He asked them bitterly, ‘Are there no knives in the kitchens of this city?’”

The book won the Naguib Mahfouz Medal for Literature. It’s a nuanced, sensual read which should leave the reader thinking about Aleppo’s future and whose hands (or knives) will shape it.

AA Bastian is a freelance writer in Silver Spring, Maryland. She published an article about Egyptian women’s usage of social media during the Arab Spring, “Double Facebook Profile: Egyptian Women Online” at the Eurasia Review. She received an Honorable Mention in the Writer’s Digest 75th Annual Writing Competition in the Memoirs/Personal Essay category for “Japanese Carp,” a critical look at her childhood as a military dependent in Okinawa.