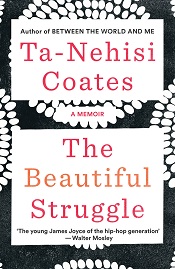 No doubt, my readers have read the words of Ta-Nehisi Coates, whose books The Beautiful Struggle and Between the World and Me are bestsellers. He has a column in the Atlantic and appears on TV regularly. His fame is likely somewhat bitter to him, but, like Toni Morrison and Annette Gordon-Reed before him, his calling is clear. We are all bound up in his message, because we are all bound up in the same society.

A less widely known of Coates’ works is “The Case for Reparations," which appeared in the Atlantic in June 2014. In it, he suggests that reparations for the moral debt Anglo-Americans owe should be based on the length of time that African Americans have existed without “the protection of the law.”

Heartless property owners (not unlike Donald Trump and his father, Fred) benefited from the protection of the law at the same time that they sucked the life out of the African-American community. Coates reveals staggering theft, community destruction, and hypocritical moralizing about black families, etc.

In response to the predation on his community, Clyde Ross joined the Contract Buyers Group to right the wrongs of the real estate industry. They sued for justice from the judicial system. Their struggles with the legal system, up to and including the Illinois Supreme Court, is what drew Coates to Ross. Coates plainly shows that the law refused to protect African Americans from the economic rapine instituted against them. Their losses were their own, and to the victor went the spoils.

This has gone on for generations, and you can believe that varying aspects of those institutional practices are still utilized throughout the housing industry in America today.

So what are the responsibilities of society in excising racial animus from its institutional structure? Is it revolution? Reform? Can a number ever be fixed on precisely how much America owes to people who did not benefit from the protection of the law?

Modestly, and to his credit, Coates’ main aim seems to be to encourage Congress to begin debating the subject of reparations in theoretical terms only. That’s the best development that he can advocate for now, but he highlights Germany’s experience after World War II. To face up to the institutionalized horror of blitzkrieg and Holocaust, they made reparations to Israel. Coates says that German society benefitted.

For myself, I would offer examples from South Africa’s Truth and Reconciliation Commission to Rwanda’s comparably public Justice and Reconciliation Process which seeks to turn genocide into societal renewal. These are not perfect instruments, but they indicate positive precedents for Americans to follow in recognition of their moral debt to African Americans.

And I know people will cry about the phrase “moral debt.” But, in all honesty, dear friend, if you are unable to see that Americans have, from the earliest days of the colonies, to the most recent days of pre-emptive war, lived in a segregated society, then your head is in the sand.

We have work to do as Americans, and I agree with Coates that it must begin in honest public discussion of how to extract racial bias from our institutions. Coates presents the bill from John Conyers called HR40 “Commission to Study Reparation Proposals for African-Americans Act” as the way forward.

Coates writes, “I believe that wrestling publicly with these questions matters as much as — if not more than — the specific answers that might be produced.” If Congress could just begin the debate, then our citizenry, in microcosm, can begin to reflect on the small ways it can effect change.

Coates’ work says to me, if we can be honest and reasonable in that discussion, future generations will say we did the work that long needed to be done.

A loving letter to James Agee