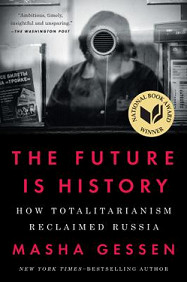 At the time Stalin took control of the Communist Party and, therefore, the Soviet Union, in 1927, the country had known 13 straight years of war and violence and displacement. The Bolsheviks (contrary to their name, which means “the majority”) were still — as they always would be — a minority in the country they were attempting to hold together.

Stalin was a broken human being, full of victimization and vengeance. He was taking names of those who had spoken or acted against him. He knew that, during the previous decade-plus, the Communists had not made friends with the many different peoples of the Soviet Union.

At the same time, he wanted to convince those people that he was their supreme leader, in the shadow of Lenin. He actually stood for nothing other than the exertion of total power for himself. But he needed to rally more people to himself and the supposed Bolshevik cause of a fairer society.

The method the Party came up with was essentially a marketing scheme in two parts: first, the cult of Stalin’s personality (which we won’t concern ourselves with today), and second, manipulation of the press, using the news to lie and spread propaganda.

To achieve the latter, they agitated the people with angry accusations of internal and external enemies, pointed fingers, named names, and threatened brutal justice. This became known as “agit-prop.” If you were in power, you didn't have to believe this agitation propaganda, you just had to make sure it was effective.

According to Medvedev and Solzhenitsyn, subsequent to 1927, Stalin was responsible for upward of 30 million dead. The purpose of agit-prop is to divide people and prepare one side to demonize and dehumanize the other so that, when the leader says it’s time, they will kill.

The only question is, ARE YOU A TRUE BELIEVER? If you are, you’re generally safe, until you aren’t. Because once a totalitarian takes over, the only rules are the ones the leader makes. And it would never do if the leader ran out of enemies to identify, calumniate, and kill.

That moment in the 1927 Soviet Union is the moment we’re in now in 2020 America. Agit-prop is precisely what Vladimir Putin’s troll farms are bringing to the U.S. QAnon is an agit-prop machine. All those who subscribe to QAnon are true believers. And, in America, many have guns.

Let’s talk about one type of Soviet-generated agit-prop that played out online during the 2016 U.S. presidential campaign and continues today. Masha Gessen has told us, in The Future Is History, and various other writings, that Putin has for years used pedophilia and homosexuality synonymously and has agitated his populace over pedophilia. It’s an illogical strawman, but who is going to advocate for pedophiliacs?

So, Putin blows up anybody being comfortable with anything but the heterosexual missionary position. If you’re not with us, you’re against us; subtlety is not part of the arrangement. Agit-prop encourages the people to be angry about whatever transgressions the leader dictates (see Animal Farm).

QAnon has brought this homophobic/pedophilia madness into the American mainstream. I will not waste time sharing links; you can find CNN, the PBS NewsHour, the New York Times, and the Washington Post telling people about QAnon. It’s everywhere and so passes along its madness. Agit-prop has been working its venom at least since Fox News came along, but it’s reached its apotheosis with the Putin-supported, soon-to-be-former president of the United States.

The pedophilia accusation was hurled at none other than Hillary Clinton in 2016. Somehow, somewhere, someone — probably a Putin-backed troll — invented the story of Clinton and her Democratic associates running a child-sex-trafficking ring in the basement of Comet Ping Pong, a pizza shop in DC. This story, intended to agitate and propagandize, traveled the internet and found its home in the hearts of armed conspiracy-theorist numbskulls who desired a leader to be vicious and to kill the country’s enemies.

In response to the agit-prop, on December 4, 2016, Edgar Maddison Welch, from Salisbury, North Carolina, drove to DC from his home 358 miles south, walked into Comet Ping Pong with a semi-automatic rifle, fired three times, and then discovered the restaurant doesn’t even have a basement.

I think we can safely say agit-prop has been working overtime since then. Writing these words, it makes me regret a past column I wrote and have since written in regret about, and now I regret it all over. I was horrified first at troll behavior, then humored. But now I see it for what it is — agitation propaganda. If you had a troll in your newspaper’s sports section in the mid-twenty-tweens, you were likely keyboard to keyboard with an agit-propper. That’s how deeply they infiltrated the 2016 election.

Last Tuesday, more than 75 million voters proved that they recognized our current president for what he is — an extremely dangerous tool for Putin — and repudiated him. Yet it’s crucial to remember that agit-prop is still all around us. We'll have to continue fighting against it if we want to keep our democracy.

“Good God!” Y.S. Fing keeps thinking to himself. As flawed as his home country is, he never thought it would be so easily disintegrated.