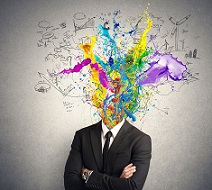 You’ve heard of writer’s block. That dreaded affliction when a scrivener stares at the screen until the computer goes into sleep mode and the writer realizes life has no meaning and the vodka beckons.

To date (and I’m knocking on wood as I type this), I have never suffered the agonies of writer’s block. In fact, many of my editors (and my long-suffering wife) have complained that I don’t know when to stop spewing words once I start.

That’s not to say that I haven’t suffered writer’s ennui or lassitude, when I can’t summon the energy to sit down and craft something — anything. That usually occurs during some life tribulations, when the old brain cells can’t handle more than one or two things at a time. In the last couple of months, I have suffered from bouts of the blahs caused by:

I won’t bore you with details of hurricanes and other dark matters, but I am sure the writers among us can sympathize with the distractions inherent in a home move. Perhaps I can call it “writer’s remorse.” Or, more accurately, “reader’s remorse.”

We moved into a smaller condo. We didn’t lose all that much space, but what we did lose was storage room. You know all those people who tell you that you should downsize before you’re forced to? They’re right!

We have accumulated tons of invaluable stuff that has no value. The kids don’t want it. Old golf clubs, ski clothes (I’m in Florida), things sold to me by late-night TV hucksters that seemed like a good idea at the time.

And boxes of photos. I must have taken a million of them in my time. My wife comes from a big family (11 siblings) and things, including my Christmas list, rapidly got out of hand. When we suggest that we want to send some of the photos to respective siblings, children, grandkids, nieces and nephews, cousins, etc., we usually get a tepid, “That’s nice.” Translation: Don’t you dare!

Everyone has smartphones with great cameras now. Who needs photos? They are all in “the cloud.” (I suspect that someday “the cloud” may disappear in another type of cloud, of the radioactive fungal variety, and with it all the photos, putting everyone back in the pre-Daguerreotype era.)

Now that it’s obvious that I don’t have writer’s block, I’ll get to the point about “writer’s/reader’s remorse.” I had to downsize my book collection! I used to have a lot of bookshelves. No more.

And since I’m not the kind of person who can have books lying around all over (because I’m married to the kind of person who wouldn’t abide such an abode), I had to give away many of them. I’m still going through the process, and it is mentally debilitating. I should be finished with the agony by the time my next column rolls around, at which time I will explain what tomes I have kept and why.

Hint: They include the Bible, the Koran, and Mein Kampf. (And, no, I do not keep Hitler’s speeches in my nightstand, unlike someone we all know.)

Lawrence De Maria, once a Pulitzer-nominated New York Times reporter, has recently released his 17th self-published novel, Shadow of the Black Womb, an Alton Rhode mystery, on Amazon.com. His books are available at ST. AUSTIN’S PRESS (BOOKS BY DE MARIA). He missed his last column, mainly because a hurricane knocked out his air-conditioning and he is a baby.