I’m taking the plunge and selling my novels via multiple sites. 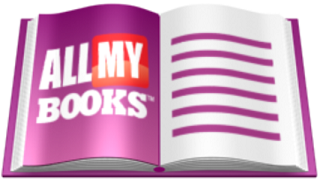 It has been a disturbing week or so.

I keep getting emails from friends about the deaths of other old friends on Staten Island, where I spent much of my life. (Sometimes, I find out about a demise on Facebook!)

My wife, whose family goes back seven generations in that New York City borough, occasionally gets nostalgic for “the Island.” Until I mention covid and point out that, had we stayed, we might have been two of the flies. We are of a certain age.

Hence all the gloomy emails.

But enough gloom. Let’s talk about the Supreme Court. Or maybe the LIV golf tour, which is poaching PGA golfers with Saudi money. Well, maybe not.

Since this is supposed to be a blog about writing, let’s go there. Truth is, I am having a hell of a time coming up with fictional ideas that can compete with the daily news. As a result, I’m taking a bit of a marketing hiatus.

As I have noted in previous columns, my thrillers and mysteries, once exclusively sold on Amazon, are now also available on Kobo and Nook.

Kobo is big in Canada, where it’s usually cold and people are stuck indoors. When they’re not watching hockey, they read books. I know this for a fact because one of my best friends in Florida is a retired Canadian physician — and college literature professor — who heads down here every six months. (Nook, of course, is Barnes & Noble’s e-reader.)

I ended my exclusivity with Amazon (KDP Select, to be precise) for the time being because America’s biggest email marketer, BookBub, suggested that by going wider, I might have a better chance of being one of their selections. That remains to be seen.

BookBub claims that only 20 percent of proposed books are selected, but I suspect preference is given to famous authors like Patterson and Grisham. All I know is that over the past decade, and after perhaps 400 attempts at sales campaigns, I’ve had a success rate of 0.8 percent.

Ever hopeful, I now have all my novels available on Amazon, Nook, and Kobo. Why persist? A BookBub selection goes out to about 4 million subscribers! Only a very small fraction may actually buy your book, but that’s a lot of publicity, especially for authors with lots of other books out there.

But if my current BookBub campaign doesn’t work out, I’ll go back to KDP Select and only keep print versions of my books on Nook (Kobo doesn’t do print, and Amazon lets authors have print versions elsewhere).

I spend a lot of time with online seminars, many of which extoll “social marketing” and the “metaverse” and urge me to use platforms like TikTok. I guess I’ll have to recruit one of my grandkids to help me…

Lawrence De Maria has written 26 thrillers and mysteries on Amazon, as both e-books and print. All are now also on Nook and Kobo. He has finished, but not yet published, his 27th novel, Absent Dead. He will not accept any money from Saudi Arabia to play golf, though he is pretty certain none will be offered.