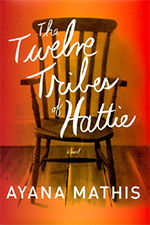 The Twelve Tribes of Hattie

Moving to Philadelphia from rural Georgia in 1923, Hattie Shepherd joins millions of other African Americans who moved out of the south during the Great Migration. Chapters tell individual children or grandchildren’s stories, as time progresses from the 1920s through the 1980s. Through the children’s eyes we learn about their mother’s demons, and her resilience. Through Ayana Mathis’ beautiful writing, each character jumps to life, and the story grows richer as the years pass. 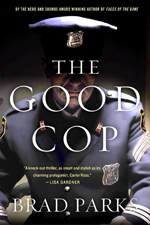 Carter Ross, Investigative Journalist, is back. Summoned to work at the Star-Ledger, he learns that a Newark police officer has apparently committed suicide. As a cross between Woodward, Bernstein, and Fletch, Ross doggedly pursues the truth while dodging bullets in button-downs and khakis. Ross is at his best when he lets his dry, self-effacing humor show.

Bottom Line: Do yourself a favor and pick up a Carter Ross mystery. Brad Parks just keeps getting better and better. What’s more, book clubs can have field trips to meet the author on his “Khaki is the New Black” Book Tour. 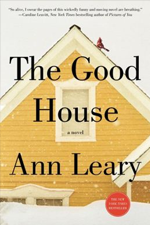 Small town real estate agent is the perfect career for someone who likes to know everyone’s business. As such, sixty-something Hildy Good enjoys being involved in the lives of her neighbors. An opinionated and endearing mother, grandmother, and lifelong resident of Wendover, Massachusetts, she knows everything about everyone. Although her daughters once staged an intervention and sent her to rehab, Hildy knows she doesn’t have a drinking problem; she just likes the companionship she finds in a bottle or two of pinot noir each night. Her not-a-drinking-problem problem starts to seep into the rest of her life, and she is forced to make difficult choices.

Bottom line: As unreliable narrators go, Hildy is one of the most charming, and the cast of New England characters is colorful and memorable. Leary tackles the tough subject of alcoholism with grace and humor. 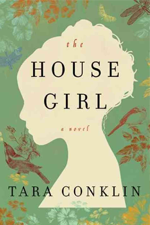 Narrated by both Josephine, a seventeen-year-old house slave in Virginia in 1852, and Lina, an ambitious young lawyer working on a slavery reparations case more than 150 years later, The House Girl combines history with its modern day ramifications. Lina’s search for answers unearths Josephine’s story, and sets in motion a dispute over the authenticity of paintings by Josephine’s mistress, as well as a search for Josephine’s descendants. Josephine’s tale of her life as a house slave, and her decision of whether to run away, is the heart of the story.

Bottom line: Although both story lines are appealing, book clubs will probably find Josephine’s story and the choices she is forced to make most fascinating. Z: A Novel of Zelda Fitzgerald

Zelda Sayre Fitzgerald narrates her life in the Jazz Age. As a rebellious Alabama teenager with big dreams, she meets the dashing Lieutenant Scott Fitzgerald at the Montgomery Country Club. Despite her family’s disapproval, she marries him in New York City, and they begin a whirlwind life of experimentation and excess in the New York and Paris literati scenes.

Bottom line: An easy call if your book club liked The Paris Wife or The Chaperone, this novel is a delightful descent into a glittery, literary world.

The following titles have been selected for this installment of Recommended Books for Tweens and Teens.