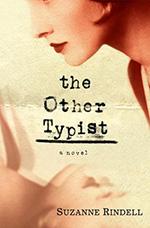 By Suzanne Rindell
Amy Einhorn (May)

An engaging tale of obsession and denial, The Other Typist has the 1920s working girl/rich girl dynamic of Thoroughly Modern Millie with the extreme psychological obsessions of The Talented Mr. Ripley.  Straight arrow Rose Baker relishes her role as a typist in a police precinct, where her transcriptions of confessions put the bad guys behind bars. But when the enchanting Odalie Lazare joins the typing pool, Rose starts to learn about a glamorous world that she had never known existed.  As Rose is drawn into Odalie’s web, her fascination turns to obsession.

Bottom Line: Rose is unsettling as a narrator, and as she tells her story in the first person, readers are left to figure out what is really happening. Book club members will enjoy second-guessing each character’s decisions and motives.

Read our full review of The Other Typist. 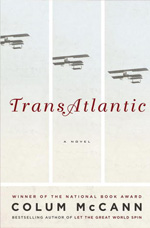 
National Book Award-winning novelist Colum McCann’s latest novel is a dazzling story spanning 150 years. Four generations of women are witness to several important transatlantic crossings: the arrival of Frederick Douglass in Ireland to champion democracy, the first crossing from Newfoundland to Ireland by two World War I veterans, and an American senator traveling to Dublin to mediate Irish peace. Non-linear storytelling lets the connections slowly unfurl. In 2011, Lottie examines an unopened letter passed down from her great-grandmother, an Irish housemaid named Lily Duggin. As she contemplates the cherished heirloom, her thoughts are gracefully conveyed. “The tunnels of our lives connect, coming to daylight at the oddest moments, and then plunge us into the dark again. We return to the lives of those who have gone before us, a perplexing möbius strip until we come home, eventually, to ourselves.”

Bottom Line: Read Column McCann for the pleasure of his exquisite writing.

Read our full review of Transatlantic. 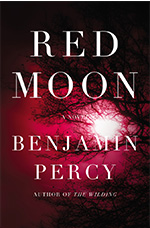 By Benjamin Percy
Grand Central (May)


A serious political novel with werewolves, Red Moon is, among other things, a 9/11 parable. In this sweeping, literary horror epic, an infection has run rampant, and people who are infected develop the ability to turn into werewolves, known as lycans. Transforming is forbidden, however, and this new class of citizen is controlled by society through laws, violence, and drugs. As the story opens, in an act of terrorism, a man on a plane illegally transforms into a lycan and kills everyone on board except Patrick, a teenage boy who becomes a hero of the anti-lycan movement. We also meet Claire, an infected teenager who has lived her life by society’s rules while not knowing her parents were part of an underground lycan rights movement. When the government comes for her family, Claire is forced to decide what kind of person she wants to be.

Bottom line: If your book club can stomach the violence, there is plenty here to sink your teeth into (pun intended). At its core, Red Moon is about a group of people struggling for equal rights, so discussions within the framework of the werewolf-infested society can touch on larger, real-world societal conflicts. 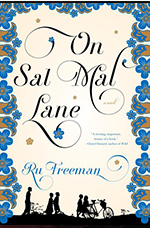 Author Ru Freeman was a young girl in Sri Lanka when civil war erupted in her country in 1983. Her novel is a testament to the country that existed leading up to the war, told through the families from different religions all living on Sal Mal Lane. As the adults’ petty prejudices reinforce divisions, their children play cricket and fly kites together, oblivious to the coming turmoil. The ethnic and religious conflicts that led to war are artfully portrayed through the microcosm of life on a single street.

Bottom line: Book Clubs that enjoyed Vaddey Ratner’s In the Shadow of the The Banyan will enjoy this novel, which is being published on the fourth anniversary of the end of the Sri Lankan Civil War.

Keep an eye out for our upcoming interview with Ru Freeman!
comments powered by Disqus