Putting the dreaded task at the top of the list 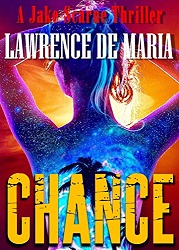 In a recent column in this space, I bragged about my avoidance of the dreaded “writers block,” an affliction which apparently leaves some authors staring at their computer screens in a paralytic trance, much as if they have been hit with a curare-tipped dart.

This literary catatonia leaves them unable to type out a letter, let alone a sentence, in whatever book they are crafting. This is not to be confused with the momentary hesitation over what word or phrase to use. I’m often stumped: Should I write “cat” or “dog”?

Only kidding. My quandaries are more esoteric and usually solved by Google.

Once I’m into a book, I am affected by that other dreaded affliction, “writers’ hemorrhage.” (I was going to say, “writers’ diarrhea,” a phrase I’ve used in the past, but I realize that might elicit comments on quality, not quantity.)

Whatever the term, it refers to the inability to stop a story. I’ve joked that I usually end my books when I run out of people to kill. But since I often write in the first person, it’s not always practical.

That is not to say that I don’t suffer from indecision (also known as dithering, procrastination, or laziness) about what book to start next. For example, at this point in time, I have two great ideas for my next thriller or mystery. One involves Mussolini (I kid you not) and the other involves a murderer who no one in their right mind (please, no comments) would ever suspect. Trust me, the plots can never be combined.

So, I may have to toss a coin.

I’ve been delaying said coin-toss for several reasons. I’ve been doing some other nonfiction writing, and, concurrently, promoting my latest thriller, Chance, which I published a week or so ago. I’ve also been changing covers on my older books, and producing print versions, to promote my backlist.

Self-publishing is, at best, a 50-50 endeavor — half writing and half promoting. Competition in the e-book universe is fierce. There are more than a million titles on Amazon. Getting a book, or even a series, noticed is daunting.

Some authors are super-disciplined. They set up a schedule in which a certain number of hours per day are devoted to writing, and a certain number devoted to marketing (emails, Twitter, Facebook, Medium, blogging, Instagram, paid advertising, whatever).

I, on the other hand, am as disciplined as a Labradoodle puppy. I market when the urge strikes me (usually when I have a new book). My normal writing-to-marketing ratio is more like 80-20.

It takes a certain amount of chutzpah to promote a self-published book. I mean, when an agent or publisher says that you are the next Hemingway, you merely duck your head, scuff a shoe, and murmur, “Aw, shucks.” When you say it about yourself, you sound like, and are, an idiot.

(For the record, no agent or publisher has ever compared me to Hemingway. However, I often brag that my books and Ernie’s are both written in the English language.)

I hereby resolve, for the gazillionth time, to up my marketing game.

Unless, of course, I flip that coin. Then I won’t have time.

Lawrence De Maria was a Pulitzer-nominated New York Times reporter. As he shameless noted in the column above, and shamelessly repeats here, his latest Jake Scarne thriller, Chance, is now on Amazon as both an e-book and in print. It is available at ST. AUSTIN’S PRESS (BOOKS BY DE MARIA). He also wants to make it clear that, unlike the Labradoodle, he is housebroken!