Random musings on the world of books 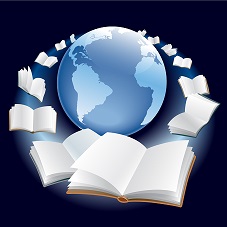 I’ve been rereading all of Ian Fleming’s Bond novels. I do this periodically whenever I think my own thriller prose is becoming stale. Sometimes we, as writers of colorful fiction, forget to what ridiculous extremes a craftsman such as Fleming could take characterization and make it fun and believable.

Auric Goldfinger. Doctor No. Emilio Largo. Blofeld. Donovan Grant. Rosa Klebb. Mr. Big. Le Chiffre. Hugo Drax. Irma Bunt. Scaramanga. Has anyone crafted villains as memorably perverse as those James Bond battled? (No wonder he smoked 70 cigarettes a day and drank martinis by the gallon; I mean both Fleming and his alter ego, 007.)

I sometimes kick myself for not making my villains as outrageous as Fleming made his. I thought I had a winner for my next thriller: a billionaire casino owner running for president on his business acumen and patriotism who has as many bankruptcies as draft deferments, and who attacks a wounded war hero. Top that, Ian!

Then I saw the news about Donald Trump. What a bummer. Well, back to the drawing board.

On another topic, Amazon’s new payout structure for books enrolled in its Kindle Unlimited and Kindle Owners’ Lending Library has generated a lot of confusion and anger. I’m working on a feature for the Independent on the topic, but feel confident enough to say that the new system, which pays an author for pages read, seems more fair than the old one, which paid an author roughly $1.35 per book (be it pamphlet-size, short story or a full novel — as long as 10 percent of the borrowed book was read).

Whether it is as fair as it could be remains to be seen. It probably is designed in part to prevent authors from “gaming” the system by flooding the self-published e-book universe with 20-page books about how to make money writing on Amazon.

Amazon has put together a pool of about $11 million for Kindle Unlimited and its borrowing library. Now, if my math is correct, based on total self-published e-book pages (about 1.7 billion), an author in the program will get about .006 cents for every page of a book that is actually read. (Outright sales of self-published books are unaffected; authors get a 35- or 70-percent royalty depending on the price of the book.)

Thus, in the new payout system, a 20-page short story read to the end would earn its author about 12 cents, and a 400-page novel would bring in $2.40. The short-story writer loses $1.23; the novelist gains $1.05. Some people are going to get burned, but it would seem that those are the same people who have flourished under the old system at the expense of novelists. Of course, there are writers who did not try to game the Amazon system (one thinks of people who write children’s books) who may be hurt.

I say all this without knowing whether my own income will drop (would Donald Trump be this objective?) and without a clue as to how Amazon knows how many pages people read. But I can’t sell Amazon short. Its algorithm people probably know what brand of bourbon I drink.

(For those who care, it’s Buffalo Trace.)

Finally, I am really bummed out with the publication of Harper Lee’s Go Set a Watchman, which reportedly destroys the Gregory Peckish image most Americans have of Atticus Finch from To Kill a Mockingbird.

My problem isn’t so much the idea that Atticus eventually becomes a racist who disappoints his daughter, Scout, as it is about the contention that Watchman was the book Lee wanted published in the first place. Her editor/publisher apparently talked her into writing something more saleable at the time. Now, 55 years later, the original and apparently one-time-unpublishable Watchman is “discovered” — and launched with a 2-million-copy first printing.

A cynic might wonder whether literary ethics were subsumed by financial expediency. There is even talk of a third “undiscovered” manuscript in a so-called “trilogy.” I have it on good authority the third book is titled From Here to the Bank. In it, Atticus, on his deathbed, reveals that Scout’s mother was Rosa Parks.

By the way, Donald Trump was my source.

Lawrence De Maria is a former Pulitzer-nominated New York Times journalist whose thrillers and mysteries are available on Amazon.com. His 14th e-book will be out later this summer.

The Psychology of Thriller-Writing

It's not paranoia if everyone's out to get you.