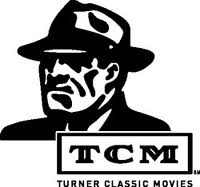 Like all authors, I am often asked where I get the plots for my novels.

When particularly cranky, I am tempted to say that, like everyone else, I steal them from the Greeks (or maybe a Roman or two). That is to say, there is really nothing new under the sun, fiction-wise, until someone invents a third sex. (I know; they’re working on it.)

But, I suppose, what people are really asking is how does one formulate a “new” plot out of the basic ingredients that have been around since man started writing on cave walls: boy meets girl; boy has a thing for Mom; girl dumps boy for his best friend; boy fights saber-toothed tiger (one of the first short stories)? You know, the basics.

So here, in no particular order, are wells of inspiration that have led to some of my nine novels. There will be more in future blogs.

PERSONAL EXPERIENCE: Yes, I know. Many authors, even those who write vampire novels, weave personal experiences into their work. Hopefully, not too personal, since there are laws against sucking blood from people, unless you work for the IRS. In my case, all my books are heavily grounded in my past as a police reporter, columnist, financial editor, corporate executive, director of a nonprofit, sex therapist, and various other personas—basically someone who couldn’t hold down a steady job. (I made the sex therapist thing up, by the way; just wanted to see if you’re paying attention.)

TURNER CLASSIC MOVIES: I kid you not. If you get up early enough, TCM runs a lot of black-and-white movies from the mid-1930s starring great actors with plots that somehow predate the use of LSD. I do not steal the plots, but they do send my mind racing.

For example, there was one film in which Fredric March or William Powell (it was early, and the coffee hadn’t kicked in yet) was prosecuting an obviously guilty floozy for shooting her lover. The courtroom scene is the highlight of the movie. It’s hard to beat the moment when, just as the D.A. bores in on the defendant, his own wife jumps up and shouts that she shot the victim, who was also her lover. The poor D.A. doesn’t even call a recess.

There were a lot of crazy plots in the 1930s that people swallowed whole, probably because what was going on in Europe was even nuttier. But this one makes my top five. So, I just had to use a variation, with a twist that didn’t include a courtroom scene. For some reason, I don’t think I can write a good courtroom scene, despite the fact that I’ve covered many trials, including Mob kingpin John Gotti’s first murder trial, where he was convicted of “attempted murder” after he shot and killed someone in a bar in front of 13 eyewitnesses. (I will not reveal the name of my book, in case you are among the handful who haven’t read it.)

DREAMS: I have actually “dreamed up” a couple of dynamite plots. Which is why I keep a pad (electronic or paper) by my bed. (NO, I AM NOT A SEX THERAPIST!) At least the dreams were dynamite when stirring my subconscious. In the morning, when I studied my scribbles, they seemed less inspired. I never actually used one. However, I know for a fact that there is one author who did turn a dream (that, bedside-pad-less, he somehow remembered) into a successful thriller about a German U-boat and the hunt for a treasure. The guy wasn’t even German! In keeping with my fading faculties, I also can’t remember the name of the author or the book, but, trust me, I didn’t dream this up.

I do wonder, however, why someone would dream about U-boats, unless he was sunk by martinis before he went to bed.

Lawrence De Maria is the author of nine thrillers and mysteries, the latest of which, The Viron Conspiracy, is available on Amazon.com.