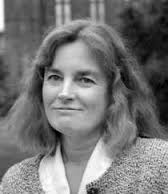 A woman working as a cook during the Depression to support her family. A girl in Pennsylvania reaching out to a boy in Japan in the early days of radio. A retired man obsessed with precious jewelry for which his more practical wife has no use. A woman working as a translator in Saigon in the midst of the Vietnam War. All of these threads of stories are brought together in The Thing With Willie, Karen Sagstetter’s first full-length work of fiction, published by Bergamot Books. Rooted in the culture of the Gulf Coast but spanning continents, beginning with the devastation of the 1900 Galveston Hurricane but moving back and forth over the course of a century, The Thing with Willie offers a series of moving, interconnected portraits of individuals caught up in the pressures and pleasures of their own particular times.

The Thing with Willie is made up of a series of interconnected stories, in which characters repeat and different generations are interwoven. Why did you choose this structure instead of the more conventional novel? In the same vein, did you have the larger structure of the book in mind as you wrote the individual stories, or did they come together as you worked?

I have written poetry for many years, and at a certain point I wanted to experiment with fiction. “Sapphire Street” was the first, set in 1980, and I loved taking my time with it, expanding scenes and delving into the characters. Then I became interested in the parents of the main character. Those parents were from Galveston, and one thing led to the other. I read about the storm of 1900 and wanted to characterize Anna Clinton during that time. It was my interest in early-20th-century history that spurred more stories, but with the same or closely related characters. I’ve always preferred short forms to long, so these tales came together one story at a time, and later I worked to tie them together more closely.

The 1900 Galveston hurricane, which plays such a role in Willie, is still the deadliest natural disaster in U.S. history, but in the age of Katrina it has receded somewhat in the public memory. What attracted you to Galveston? Did you have Katrina in mind at all as you wrote this book?

Several of these stories came together before Katrina, but after Katrina my interest in the 1900 storm in Galveston gathered energy and momentum. I grew up going to Galveston beach, which is beautiful, so that was my initial attraction.

Throughout Willie, there seems to be a recurring theme of great pressures and destruction that push history onward, on both an individual and a collective level, from the 1900 Galveston flood to the forces inside the earth that produce precious stones and even the force an oyster exerts on a bit of grit to form a pearl. Do you see these forces as positive or negative, or simply neutral?

Bits of good always come out of even the most terrible disaster. After a tornado or earthquake, people may tend to rally and help one another. They may rediscover meaning in their lives, realize how important family and friends are; they may rebuild in a way that is more efficient and more beautiful than before. But there’s nothing positive about children swept away in a tornado or a hurricane that kills 6,000 people. Natural forces, such as those that produce pearls or precious stones, are benign or beneficial, in my view. So I guess I don’t see all these forces as neutral — each event will have its own impact, whether negative, positive or a combination.

Willie is in many ways rooted in the geography and culture of the Gulf, but the stories also extends far beyond that region. To what extent could you call this a multicultural book?

I do think it’s a multicultural book.  It became so, I think, because our culture is multicultural and the characters naturally encounter people of various ethnic and historical backgrounds. I wanted them to have those encounters and for those encounters to have consequences. I wanted them to react to each other — a Vietnamese and an African American fall in love; a white girl discovers an immigrant camp and an Indian family on Galveston beach; a rural Pennsylvania teenager has a Japanese radio partner; an African-American man succumbs to despair, and so on — this is our real society. It’s so much more interesting and vital for me when the population is heterogeneous. And there is a way in which neighbors, no matter how different they are from each other, will get to know one another. Whether the interactions are positive or not, it will be compelling.

There’s a very strong female presence and voice in this book. To what extent was that intentional?

It wasn’t especially intentional. The book started with my story about a 1980s shoe store owner. I included a few pages of background about his parents, and then I wrote about his mother. Louis’ mother, Anna, becomes a main character because she came of age during and just after the Great Hurricane of 1900, and I just became fascinated by that history and her place in it. At the end of the title story, an African-American baby girl is born, and I decided to study her and see what she does with her life in the 20th century. It’s almost like a hand-off from the earlier Anna to the later Charlotte, who for me signifies the ascendance of black culture and black scholars over the century. When I was writing about the crafting of a sapphire ring in the early century, I wanted to make the jeweler a woman; I just think it’s more intriguing for that particular historical era in rural Mexico. I wanted her to have the feeling of being in the zone while she works, the skittishness and awe of realizing that she could be a true professional and artist. But I also like my male characters and hope they are convincing.

Communications — radio, shipping, trade, immigration — are significant themes throughout Willie that seem to become more important as the book proceeds. How integral do you think these things are to the literature of today?

I am not sure about the impact of communications technology — Twitter, Facebook, e-mail — on our literature. Of course I employ them, but I fear for my attention span.  But multicultural subjects and authors are very important to the literature of today. I love Jhumpa Lahiri’s Indian immigrant stories and Robert Olen Butler’s writing about Vietnamese immigrants in New Orleans. That literature reflects our society, and literature will always do that.

Sarah Vogelsong is a freelance writer and editor from Richmond, Va. Her work has also appeared in The Neworld Review and Pleasant Living Magazine.