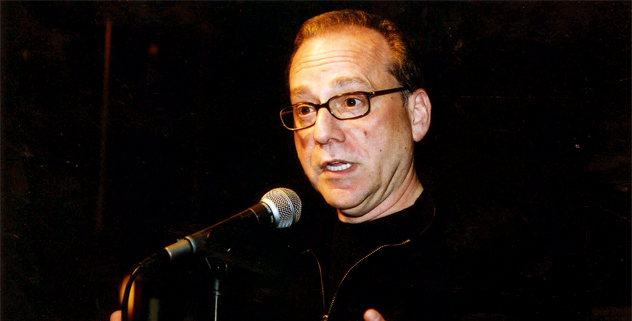 Q&A with Jonathan Santlofer, author of Inherit the Dead

Inherit the Dead is a classic noir tale including a beautiful and clever damsel in distress, and her cast of interested parties including a drunken father, jealous best friend, two paramours, a nanny and Private Investigator Pericles Christo, who gets a peek at all their undersides. Each chapter is written by a different writer; Mary Higgins Clark, John Connolly and James Grady to name a few. And guess where all the money goes? Safe Horizon, the leading victim assistance agency in the country, will receive all royalties after cost.

There is an unidentified character through much of the book. You also don’t identify the writer in these passages. Why?

I cannot tell a lie: I wrote those passages. (And you are the first person to ask about them.) I felt it was a way to create segues between the chapters. And I wanted the mysterious unknown identity of the stalker to ratchet up the suspense.

How come all damsels in distress are beautiful?

Now there’s a dangerous question. For one, I think the femme fatale is almost always beautiful — but damned. And that’s what I was going for here. I borrowed the stereotypical gorgeous femme fatale from noir writers like Chandler and Hammett. I did not really see Angel as a damsel in distress, though I will say no more because it could be a plot spoiler. One reason I needed Angel to be beautiful was so Perry would start falling in love with her though he’s only seen her photo.

Did the writers ever discuss the book all together, chapter by chapter, or did you just forward the chapters when they were completed? How was the process designed?

Nope, the authors never got together to discuss the book until it was finished. They each received a plot summary and a chapter summary and then they did their thing.

Were you surprised by the denouement?

No. I designed it.

Who was the quickest?

Who was the slowest?

How was the order decided?

At first I tried to assign chapters thinking about the writer who was going to write them.

Seems as if the later writers had a little more territory to cover, tying up all the loose ends? Is this true? Why or why not?

Yes and no. They all knew ahead of time which plot points needed tying up.

Were there any crucial changes to the story after the book was completed from beginning to end?

More line editing and continuity issues that had to be addressed than anything else. Authors were asked to add this or that, a few sentences here and there, or a character trait, to make sense of something that another writer had added or omitted, but it was fairly modest.

The most noticeable change in the story’s voice for this reader was between the Charlaine Harris and Sarah Weinman chapters. Was there a chapter-to-chapter seamlessness that you particularly noted?

I think each voice is quite different, but due to the fact that every author stuck close to the plot the reader doesn’t always notice the difference. For me, everyone’s voice is individual but the plot works as a whole, which is remarkable and a tribute to these authors.

How did the writers avoid their own styles in completing their portions?

The apparent seamlessness, or one voice, is attributable to the fact that I made everyone write in the same point of view — the conventional third person past, which is unlike most private eye novels and are almost all in the first person. I knew we couldn’t do that or every voice would stick out. But I think the individual voices and writing styles are still very much their own. Mary Higgins Clark’s voice and tone would be recognizable anywhere as it is here, likewise Val McDermid or John Connolly or anyone else.

Lawrence Block took the story home, was it planned that way?

Yes. I gave him a very specific and long list of plot points that he had to tie up. It was a big job and he did it beautifully.

Twenty writers, wow! How were they selected?

I asked more but these writers said yes first, so that was it. But I couldn’t have gotten a more talented or generous group of writers anywhere. Everyone was a pro and no one played the diva.

What is the Crime Fiction Academy?

Crime Fiction Academy (CFA) is the first program totally devoted to crime writing in all its various forms in the U.S. It’s like an MFA writing program, with intense writing workshops, reading seminars and master class talks by bestselling writers — but everything is geared to crime fiction. I created the program with Noreen Tomassi, the director of the Center for Fiction, where CFA is housed. We aim to get unpublished crime fiction writers published. Anyone interested in finishing the crime fiction novel they just can’t seem to finish should come see us. Here’s our website.

Will we ever meet Pericles Christo again?

I hope so! I think he’s a great soulful character and it would be really fun to ask some of these writers back, add a new batch and have a serial sequel!

How is the book selling?

I don’t have the figures but the book hit the New York Times and USA Today bestseller lists, which is
extraordinary. So I assume it’s doing well and hope it
continues to as all of the royalties it earns will go to the charity Safe
Horizon, which helps victims of abuse and violence.

Q&A about Love with Arielle Ford

An Interview with A.S. King

The YA writer talks surrealism, transcending genres, and the thrill of a second Printz Award.