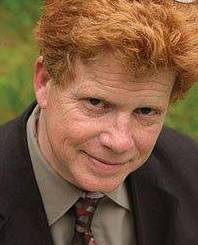 In Keith Donohue’s new novel, The Boy Who Drew Monsters, something is very wrong in the Keenan family. Ten-year-old Jack Peter, a deeply disturbed autistic boy, is certain that monsters lurk in his house. He draws obsessive, creepy pictures which seem to be coming to life. Concerned for Jack Peter, his parents, Tim and Holly, seek out the company of Nick Weller, their son’s best friend, in hopes his presence will normalize Jack Peter’s behaviors. Soon enough, all four of them are caught up in a rapidly expanding nightmare.

The novel takes place in coastal Maine, and ocean themes are evoked throughout. The Keenans’ house is just steps from the shore, which represents both the family’s dream and a crisis when Jack Peter and his friend Nick nearly drown. At times, the fresh sea air is summoned as a head-clearing connection to nature; at other times, it’s dark and horrifying and brutal. Why does the sea delight and terrify us at the same time?

Having an ocean outside of their back door hems in the Keenans. They certainly can’t escape in that direction, and they nearly lost their son to it. And yet, they chose to live by the sea — it was part of notion of a dream house. So, the ocean becomes a potent presence that speaks to the difference between their idealized and real life. This particular stretch of ocean is also the site of a shipwreck. Bodies under the surface. Also, the book is set in the dead of winter — hardly the time when you might enjoy the sea — so it all adds to the ominous tone I was trying to set.

Throughout the novel, there are four characters experiencing strange things in the same house, but they only tell each other snippets of what has happened. For instance, when Tim is driving Nick home one night, they see a ghostly man in the road. But Nick denies he has seen it. Why does psychological isolation make a haunting that much more powerful?

This novel is built on a structure that alternates among four point-of-view perspectives. How each of the main characters perceives what is going on, what they choose to hide and reveal from one another, what they choose to believe. Holly and Tim have trust issues with each other, and both try to protect the kids. Nick doesn’t have anyone to confide in, and Jack isn’t exactly forthcoming about what’s going on inside his head. Each one chooses a kind of isolation, and that’s part of what is driving them mad.

There’s a scene where Holly, a non-practicing Catholic, goes back to church. We lapsed Catholics know the day always comes when we have to face the priest. And this got me thinking about Roman Catholicism in American horror: As a foreign national, America feels overwhelmingly Protestant to me. And, yet, no American movie or novel has a haunting scene where the characters say, “We have a ghost situation, better call in the youth pastor.”

I think that might have something to do with the perception of priests as exorcists. There’s something ancient and almost mystical about a priest’s authority. Holly first visits the priest because she longs for someone to help her understand and deal with her son, but she immediately gets drawn into the image in the painting of the Wreck of the Porthleven. Her own fantasies about ghosts from the shipwreck cause her all kinds of trouble and, of course, Jack picks up on her fears and exploits them — just as he draws images that go to the core of his father’s guilt and fears and Nick’s guilt and fears. The priest may be read as ineffectual on the ghost front, but on the other hand, he probably doesn’t believe in ghosts and tends to be more of a realist. At one point, he scolds Miss Tiramaku — who does believe in ghosts and legends — to not fill Holly’s head with such nonsense.

You wrote this story from four different points of view: that of Tim, Holly, Jack Peter, and Nick. Which character was most difficult to write? Whom do you find most sympathetic?

I tend to have sympathy for all my characters, just as much as I would if they were real people with real problems and strengths. What is always difficult is trying to keep the characters rounded; that is to say, neither perfectly good nor bad, but flawed in some way. While I had some difficulty in presenting Jack’s interior life, the one who was the trickiest was Nick. He did something bad a long time ago, and Jack has a love/hate thing going on with him because of it. And yet, he’s the one who finally forces Jack to confront his own fears and go out into the world.

A few chapters into the novel, we learn that there was a fatal shipwreck in the town during the late 1800s. Is the shipwreck the root of the supernatural events in this story, or did you intend for the story to be solely about Jack Peter’s connection to the unseen world?

Jack listens to what the others are saying, and he draws things that are in some way related to those overheard conversations — or things he remembers from the past. So when Holly comes home with a story about a shipwreck, he’s going to draw the shipwreck. Maybe this sounds like a cop-out, but I’ll let you decide what you think is the root of the supernatural in the novel, whether there are ghosts or not. Some of the characters certainly believe there are ghosts and monsters, but I’m more interested in the inner life than what’s out there in the dark under the sea.

There is an excellent twist at the end of the book. Without giving it away, I can reveal that the ending says something about how acts of betrayal and acts of kindness can equally bind people together in significant ways.

That’s great. A lot of people have commented on the twist at the ending with some strong opinions about its meaning and impact. I try to be very careful in what I present and, as I said before, this is a novel about point-of-view and what the characters believe to be true.

Not too many people have experienced bodies rising from ocean graves, or ghosts coming through the walls. And yet we’re all haunted by things like remorse, grief, and loss. Do you think horror is how we work these things out?

Horror, it seems to me, is caused by anxiety. In the very beginning of the book, Jack imagines that monsters are under his bed and coming to get him. Nick is afraid of what’s behind the closet door. Holly hears pounding from inside her head. Tim sees a naked and decrepit pale man. What causes these nightmares? I’m sure that, on a subconscious level, we are dealing with unresolved emotional issues, trying to work through the past, worried about the future. Ghosts and monsters are projections of those anxieties. Except when you put them to paper. Then they are real.

[Click here to read the Independent's review of The Boy Who Drew Monsters.]

Dorothy Reno is a DC-based writer who’s been published by Red Tuque Books. She’s at work on a collection of stories called The One that Got Away.