What happens when an autistic son grows up? An interview with Glen Finland about her memoir, Next Stop. 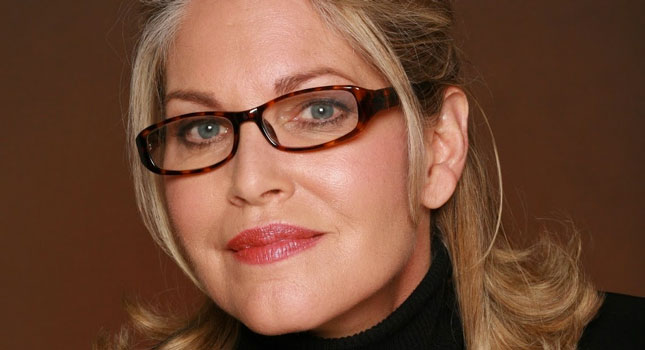 What happens when a child with special needs ages out of the education system? Every parent has to learn how to let go when a child becomes an adult, but when your child, like Glen Finland’s son, David, is a lanky, handsome 21-year-old with the mind of a “good-natured adolescent,” how do you do it? Finland’s captivating memoir, Next Stop, chronicles her family’s journey as their third son, born with autism and Tourette syndrome, grows into adulthood.

Next Stop is such an eye-opener as to what happens when a child with special needs grows up. You spent a summer teaching your autistic adult son David to navigate the Washington, DC, Metro. This turns out to be the perfect metaphor for your journey of learning to let go. How did it happen that your summer endeavor became a metaphor?

The kernel of the book was a piece I wrote for the Washington Post, namely, the story of the summer I spent teaching David how to ride the DC Metro solo, and, in the process, he taught me how to let him go. My editor Amy Einhorn’s best idea was to use the Metro as a clothesline to hang the story on. The Metro represents the randomness of my life with David; it’s not a linear path I’m on with my son, and so going back and forth in time, returning to the Metro, worked as a structure.

I began with the Metro, but then I had to go back to explain where this all came from. I wrote the chapters out of order. Some of those stories I had written years ago, and I had fictionalized them. I finally came upon a wonderful writer who said to me, “Write about the thing you’re afraid to write about.” She didn’t know I had a son with developmental disabilities, and she asked, “Who’s this funny character who keeps popping up? You seem to know him very well.” I realized I’d been writing my own story. It was liberating to have someone interested in those stories and ask if there was more.

In your introduction, you speak of the power of storytelling. Why do you think it is so important?

From childhood, we understand ourselves and our identities through the stories that we are told. In the book, I say that I am not a doctor, and I’m not a researcher, but I am a mother, and I can tell you stories. I believe that when we hear stories over and over again about the “other,” namely other kinds of people, and those stories are mainly negative, then we start to believe them. So if you have an opportunity to do something important for someone you love, such as tell a story, then you have the responsibility to do it. In my case and that of other parents of children with autism, our stories are about as close as other people will come to ever understanding autism.

You seem to be doing a great job balancing anger and coping skills, and you don’t seem to take your role as a hardship. Was there a lot of venting that did not make it into the book?

I had a very strong mother. To me, she [“Sug” in the book] is the true hero of the book. She was a single mother with lots of kids, and the rule was, “no whining.” I was the youngest, and she sure didn’t want to hear any whining from the youngest, so “no whining” became my way to proceed. A memoir is not the place to exact revenge. That would be complaining and self-indulgent, and nobody wants to read that. The key is to always write from a place of love. You can still shape the story’s dramatic shape without violating the truth. I had plenty of anger; in fact, I think any parent of an autistic child lives with chronic anger.

Do you still throw eggs?

Given the challenges of parenting a child with the needs that your son has, how do you get past the anger and frustration to the place of compassion as far as appreciating David as a human being?

It doesn’t come easy. All parenting is difficult, but the stresses are different when a child has special needs. It is the sheer eternalism of it all. You’re always walking between a balance of collapse and stiff backbone. What I tell people is to take care of your marriage, if you are fortunate enough to have a good partner like my Bruce is. Take time-outs for yourselves. Salt away some quiet time. Eat right, get some sleep. The biggest thing I had to do to get rid of my anger was to get rid of other people’s expectations of how I should live my life.

In your introduction, you make the point that “a story of autism isn’t a story about a single child. It is a story about an entire family.” How did your husband, your two older sons, and especially David react to you writing their story?

I had to ask their permission before I began this project. I wanted to capture their teenage thoughts about what life with David has taught them, so I used my tape recorder to do it verbatim. Max said, “Don’t embarrass him, Mom.” Eric said, “Don’t make his life any more difficult than it already is,” and my husband said, “Fine, just don’t write about our sex life.” I suppose two out of three kept promises aren’t too bad. As for David, he just said, “I don’t care,” which, if I think about it, is exactly the response I might’ve expected.

One of the great joys of motherhood is the love a child returns to the parent. It seems to me that, in Next Stop, you held back on your own frustration with never getting that love from David. How did you manage to bury your own expectations for love? Or did you?

You’re treading on sentimental ground. Let’s just say I’ve learned to take myself out of the picture here, because loving David has taught me that being inwardly focused is a big part of what autism is. It’s part of letting go. Or maybe it’s just a way of thinking about all the different ways there are of being human.

Did you find writing the book at all therapeutic in dealing with one of its central conflicts, namely, other people wanting things a certain way, such as telling you nothing is wrong with your child, or telling you that they could never deal with what you have to deal with?

It’s very isolating to have an autistic child. If I hadn’t had David, I wouldn’t know anything about autism, nor would I probably care. Autism is never something you dream for in a child, but there it is and it never goes away; there’s never a day off, and it can be exhausting. I highly recommend developing your egg-throwing skills.

What is David doing now?

He worked for the Washington Nationals as a ticket-taker for the last five baseball seasons. [When the season was just about to start up again, he didn’t want to go back.] When I asked why, he said he wants to be an usher. So we role-played and we planned exactly what he was going to say, and I told him the worst thing that could happen is that they’d say no. So he went and asked if he could be an usher, and they said no. Right now, he’s working as a ticket-taker and bathroom cleaner at AMC Theatres. He works minimum wage until about two in the morning. I am very angry about it because I feel he could do better. It’s the soft bigotry of low expectations. I think we all need to aim higher if we want them to have meaningful and purposeful lives. David lives with us, but he very much wants his own apartment, with a cat, and I hope that he will get it. But that’s why he needs a better job, because he’s got to pay for it.

And what are you up to these days? What can we expect to see next from you?

I’ve got a novel in its final draft that is set in the Jim Crow South with one of the characters a young man very much like David. The working title is Picture This.