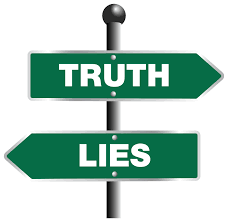 We are all readers and that means we don’t just look at (or listen to) books, but also news. Having worked as a journalist for more than four decades, I feel obligated to weigh in on the subject of fake news.

Fake news is not new, of course. It’s always been there, but usually accidentally — misreporting of a war’s end or a Dewey victory. What is new is how deliberate, malicious, and widespread today’s brand of fake news is. Whether it’s Russian prevarication or the mindless rantings of ideologues on the right or left, there is so much that is false and intended to mislead.

But that is not the whole problem. What has really reached a critical level is that this disregard for truth, this disdain for objectivity, and this urge to persuade has infected what we used to consider the mainstream media. Too many of these news organizations — from the New York Times to CNN and most other formerly reliable sources of information — have abandoned the ethics of their profession and submitted to bias that often seems to know no bounds.

Donald Trump is not the only reason for this, but he is obviously the main one. The vehemence of the media reaction to his election may be understandable to the large group of American voters who consider Trump the devil incarnate. But it is an insult to the 63 million who voted for him. And please don’t tell me all these people are just stupid or, euphemistically, low-information voters. The virulent opposition of the media elite to a populist president is class warfare, not journalism.

I don’t want to defend Donald Trump. I don’t like him and didn’t vote for him, nor would I ever. I’m a registered Democrat and voted for Bernie Sanders in the DC primary. My beef is with the intellectual dishonesty that permeates the coverage of this administration. Biased news is fake news. One-sided news is fake news. Following Robert Mueller down the rabbit hole of Russian collusion and ignoring everything else is fake news.

Trump does neither himself nor his supporters any favors by branding information he doesn’t like as fake news, or by tweeting wildly on whatever flits through his mind. And it is certainly unsettling to have someone so erratic hold so much power.

Neither you nor I can correct this. The only solution for news consumers is to get out of your comfort zone and read or listen to news from media you don’t agree with. Yes, Fox News, the New York Post, even the Drudge Report or Breitbart News. Their bias may be worse than in the Times or CNN, and their veracity may leave even more to be desired. But they are nonetheless a corrective for the one-sided view in these establishment media.

There is an old saying that truth is the first casualty of war; unfortunately, it seems this country is in the midst of a cultural and class war. It’s not our fault that there is so much fake news, but it is our fault if we only looks at news that feeds our own prejudices. If you’ve read this column all the way to end, it’s a good start.

Binge-Reading for a Lockdown

A Gallic antidote to the pandemic.