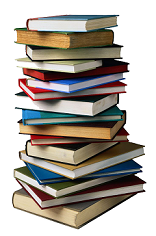 My American literature professor in college suggested that when I found an author I liked, I should read everything he or she has written. That way, he said, I could form my own opinion — no critic could claim superior knowledge of that writer.

He was talking at the time about Nathaniel Hawthorne, so I set out to read all his works. I had read The Scarlet Letter in high school and proceeded on to The House of the Seven Gables and The Marble Faun, as well as the short-story collection Twice-Told Tales. I thought I was done, but as it turned out, I had only read those works readily available in paperback and hardly the whole corpus (this was long before e-books).

Nonetheless, I felt I had mastered the trick and plowed through Charles Dickens, Thomas Hardy, Herman Melville, and others, reading not everything, but enough of the major works to feel like I understood the authors.

In time, with my teacher’s suggestion in mind, I collected those authors whose books I liked. Gore Vidal’s Julian inspired me to put his books on my shelf. Burr and Lincoln introduced me to his American historical novels, and I cycled through many of these and some of the satire (Myra Breckenridge) and nonfiction books. I realized that Vidal is a great stylist and satirist, but his characters often seem to lack emotional depth. His cynicism is breathtaking.

I was an early reader of John Banville, latching on to Doctor Copernicus and Kepler, and then followed his growing prominence with interest. I kept up with The Book of Evidence and The Sea, but Banville is so prolific, he quickly left me behind. He is masterful in his historical fiction and atmospheric in all his descriptions.

Jess Walter caught my attention with Citizen Vince, and I’ve enjoyed following up with The Zero, The Financial Lives of the Poets, and Beautiful Ruins, as well as going back to his earlier novels, Over Tumbled Graves and Land of the Blind, and his short story collection, We Live in Water. I’ll have to catch up with his latest book, The Cold Millions, though it marks his first venture into historical fiction, and I’m a bit leery of books described as a “tour de force.” Still, Walter combines terrific style with real depth of emotion.

I’m fairly certain my English professor meant for his advice to apply only to literary fiction, and he would not include mystery series. Nonetheless, I consumed virtually all the Hercule Poirot novels by Agatha Christie and the Nero Wolfe novels by Rex Stout. If you sometimes wish a book would never end, a series makes that possible.

The problem with any series is that it can become formulaic as the authors run out of ideas and simply milk the franchise for tidy fortunes. Political thrillers can also become formulaic, though I’ve read several of the David Baldacci novels, as well as books by Vince Flynn, Daniel Silva, and numerous others.

Some of the better thriller writers give a literary twist to their work and avoid that pitfall. John Le Carré, Alan Furst, and Joseph Kanon are among those whose thrillers qualify as bona fide literary fiction.

I’ve devoted columns in the past to some of my favorite writers, such as Robert Goddard and Barry Unsworth. I could add Hilary Mantel, Barbara Kingsolver, Simon Mawer, Robert Stone, and many others to a list that goes on and on. Everybody has their favorite authors, and this is just a sampling of mine.

The point is my college professor gave good advice. Pick your writers and stick with them. What a lifetime of reading has taught me is that you shouldn’t be afraid of trusting your own instincts and be careful to avoid the common book-group trap of just reading whatever is getting a lot of buzz.