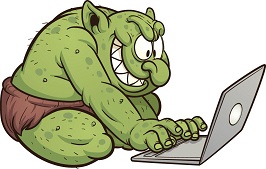 A few years ago, I came into contact, through Facebook, with a mid-distant cousin whom I’d known of but never met. I’d been somewhat enthralled by the way she reports her life, and I feel we’re sympatico. We’d be friends in real life, too, if we could arrange it.

But she disappeared from Facebook in February of last year, and I was confused about that. I didn’t recall her announcing anything, but my feed is complex enough that I could’ve been missing some of her postings.

Then she came back to Facebook the day after Easter, saying she’d learned some things about social media in her Lenten absence. Denying herself the immediate pleasures of her social-media feed, she said, had revealed to her how shrill the political conversation is becoming, even at such friendly places as a 21st-century-American writer/housewife’s Facebook page.

And I had to own some of that.

From early in the last presidential campaign cycle, I’ve been posting outrage, along with links to journalistic evidence of reason for outrage, and I’ve made it a point to join in testy strings in order to defend my friends or to highlight others’ complacency and/or fallaciousness.

This was normal. I had to perpetually wake up my woke social-media friends to remind them that their country was fractured — and to remind them of their responsibility to heal that fracture. I even went so far as to extol the virtues of the comments section in “Finglish.” I said that fractious conversation is necessary to sustain democracy. I called it “the surreal conversation of our anonymous citizenry.”

But my cousin allowed me a brief glimpse of objectivity that has shaken me to my senses.

I remembered how I felt when I first encountered a troll (five years ago?) in a baseball article in the local newspaper: violated by a purposeful assault and insulted by a person who both reveled in the insult and claimed victimization at the same time. This person used Hans Moleman as his avatar. He wanted to complain and to lash out. It was like watching a mentally ill person go through their madness in public.

But, somehow, my outrage has been normalized in response to the many trolls I’ve encountered since. I suppressed my moral revulsion and avoided the first troll, but noticed his absence when he disappeared, and then recognized him in others who came along after.

Accommodating that level of shrill insanity was the price I paid for maintaining a public image in social media. This only became more true once our current alleged-sexual-predator, unindicted-co-conspirator president found traction with his campaign.

My feeling was that if I wasn’t expressing my opinion, then I was part of the problem. I wanted history to know that I was both observing the collapse of American civilization and calling on others to wake up to it long before it was necessary to actually take up arms.

Then I learned that the Russians were cultivating troll farms on an industrial scale. And I realized that the violation and insult I’d faced were intended and systematic. It didn’t matter what the subject was, the Russians (and, by that, I mean Putin’s psycho mafiosos), like the pissy little bitches that they are, had meant to sow discord.

And they had succeeded.

Opening up the dialogue to poisonous irrationality was not helpful in trying to find rational ways to solve society’s problems. But the Russians weren’t trying to solve America’s problems. They were using the freedom of social media to pervert the value of that freedom.

That’s why they threw their efforts behind our current president, whom I rightfully identified as a troll in that earlier article. But I’d dismissed the toxic, pervasive quality of his mental derangement. I hadn’t comprehended how quickly such a shitty leader could do so much damage to our country.

Until my cousin revealed a different perspective. Our politics aren’t all that different, and we both have wide and varied interests reflected in our feeds. But the tone set by irrational people, fomenting irrationality in order to destroy the social fabric, was getting between me and my friends. Rather than bringing us together, social media was being used to separate us ever more quickly and completely.

This is something I now advocate to work against in a new way: Maybe to not get sucked into the whirlpooling vortex of provocative social media — Don’t Feed the Troll — and go back to the old ways of contemplative relations with other people, where time and silence are part of the conversation, because thought and temperance are found there.

That is to say, I retract my previous laissez-faire good humor about the comments section and outraged Facebook strings. I decry the corrosive effect of arguing with the guilty who see themselves as the victims. If we have to fight, then someday we will fight. But I won’t be trying to change anybody’s mind through social media anymore, and I will not be posting my urgent political rantings on Facebook.

I don’t want to be alienated and isolated from my friends.

Y.S. Fing is neither happy in an unhappy world, nor unhappy in a happy world.