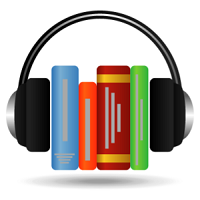 A couple of years ago, I devoted a column to the popularity of audiobooks. I recounted how some members of a golf group I occasionally joined were enthusiastic audiobook aficionados. I was asked why my books weren’t part of the “lucrative” audio market.

I don’t see many of those golfers much anymore. I’m not the president; I don’t really play all that often. Besides, the pandemic shut down the course for a long while, and when it reopened, only walking was allowed. After 18 holes in the heat (and it’s been brutal), returning golfers look like they were at a casting call for “The Walking Dead.”

I walked only nine holes until golf carts were allowed back. You have to ride alone now, unless you’re with your wife (the rationale being, I suppose, that couples who golf together want to kill each other anyway.)

But if I do run into those duffers, I can’t wait to tell them that I now have an audiobook in the works.

The first two choices are modestly expensive and very expensive, respectively. The last route, the revenue-sharing one, has no cost. But the author will give up some royalty income which, believe me, isn’t that great to begin with.

I don’t want to narrate my own books. Thus, I needed a good narrator. The audiobook universe is expanding exponentially thanks to downloading technology and the pandemic’s stay-at-home effects. And there are plenty of narrators out there; many artistic types have to supplement their incomes. But finding a suitable narrator isn’t that easy.

The Amazon ACX platform, where audiobooks are created and reside, has its own online “university” to explain the process, as well as how to find and interview potential narrators. I read the ACX instructions, which appear to have been written by the same folks who put together the Florida unemployment website.

Fortunately, a narrator found me! Wayne Miller, an old friend and actor who likes my thrillers and mysteries, contacted me and wanted to know if I was amenable to a revenue-sharing deal. He has done some voice-over work on TV and has his own little recording studio in his house. He even sent me a chapter of one of my books as an audio file.

I was thrilled both with his suggestion and the sample. He’s now working on the whole book. I have my fingers crossed, hoping that it will be successful for both our sakes. After all, I have more than 20 other books, in three series, which I believe lend themselves to audio…

Lawrence De Maria has written more than 20 thrillers and mysteries available in print or digitally, and, hopefully soon, on audio. At his narrator’s urging, he will give the ACX instructions another try before resorting to the Rosetta Stone.

Navigating (or not) the hazards of nonfiction.

Does the lowly gumshoe have a place in today’s high-tech world of crime-solving?