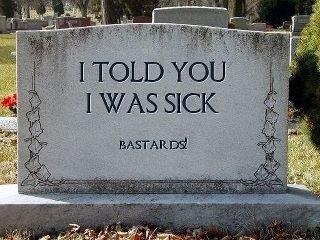 Since I’m constantly looking for ways to kill or maim my characters, I do a lot of research into weird diseases, poisons, and the like. As a result, there is hardly a symptom that I haven’t experienced, at least psychosomatically. I am what you might call a paranoid hypochondriac. If I don’t develop a disease on my own, I’m sure someone plans to give it to me.

In the past few days, I have been feeling unwell. Probably stomach flu, but I haven’t ruled out Ebola.

I’ve spent a lot of time in bed, an easy chair, and you know where else, all of which are conducive to catching up on one’s reading. That is a mixed blessing, since one of the books I read was All the Light We Cannot See by Anthony Doerr. A superb book, 10 years in the making, which immediately made me want to give up writing, because I’m not sure I belong on the same planet with talent like that.

It didn’t help that as soon as I got the book, Doerr won the Pulitzer Prize, an award that my colleagues and I at the New York Times barely missed for our coverage of the Wall Street Crash of 1987.

Bitter? Who me? For years, I thought of getting a parakeet so I could line its cage with the explanatory article from a rival paper that beat us out (a story later disproved, by the way).

Speaking of the media, I must vent while I still have the strength. (I just added anthrax to the list of my possible afflictions.)

What is wrong with the American media? Readers of this blog may remember me arguing that fiction writing suits me better than journalism because I can finally tell the truth. I was being somewhat snide, perhaps looking for a laugh.

But I’m not laughing now.

Over and over again, I read the paper or watch the nightly news and am informed that ISIS or some other alphabetical monstrosity has shot, beheaded, burned alive, or otherwise slaughtered some innocents, only to be informed that the images of the atrocities are too gruesome for public consumption.

(Of course, two hours after the nightly news, that same too-delicate public is subjected to dozens of network and cable shows featuring shootings, stabbings, eviscerations, autopsies, and zombies eating brains.)

What if cellphone cameras and other modern tools were available during the Holocaust?

“There are reports that the Nazis are gassing and cremating millions of Jews and other prisoners in so-called ‘death camps.’ We have decided that the images are too disturbing to broadcast.”

There are important stories out there. Instead, we get two hours of prime time on Bruce Jenner’s sex change. I kind of like Bruce, but I’d rather have a zombie munch on my frontal lobe than watch that show.

Well, my energy is fading. The way I feel, dinner a la zombie would be a step up.