The facts aren't always where you expect to find them. 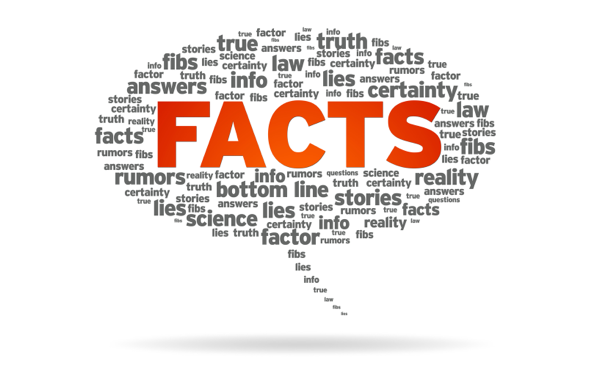 I am often asked whether I preferred writing “facts” for newspapers rather than the “fiction” I now attempt with varying degrees of success.

I can honestly say that I much prefer the latter, since it is more believable.

In my books, the really evil villains usually wind up dead or in prison. (I say “really evil villains” to differentiate them from some of the other bad guys and gals I create who have a moral code and who often prove useful in bringing the real slime buckets to justice.) I know many thriller writers like ambiguous endings, where justice doesn’t prevail and the heroes — and the readers — just become more cynical. I prefer a happy ending, no matter how many people I have to slaughter.

When I was a reporter at the New York Times, covering Wall Street, very few of the people who stole hundreds of millions of dollars (they would be considered pikers now!) were ever punished. And those that were received sentences out of all proportion to the damage they inflicted on small investors and the economy. The combined years they spent in prison probably wouldn’t add up to the stretch given a single street-corner crack dealer.

The more recent Wall Street criminals (and there are always recent criminals) haven’t fared much worse. I’m not talking about Bernie Madoff and Allen Stanford (a man I knew and helped bring down, by the way), who were given life sentences for their billion-dollar shenanigans.

They, and a few others, were only exposed when the world’s economy was brought to the brink of collapse by the establishment’s financial hooligans — who caused trillions of dollars of chaos. Their punishments, while richly deserved, provided cover for the big financial Kahunas who not only went unpunished, but were also given taxpayer-financed bailouts, some of which went into bonus checks.

Recall the story of the family stranded at sea with a sick baby, and the subsequent media debate about whether the government should charge the parents for the cost of their rescue by the Air Force and Coast Guard. Sanity and compassion prevailed, preventing the following headline:

My point is this. In the “real” world, we have to put up with injustice. In my fiction world, I can shoot, stab, dismember, boil in oil, decapitate, and otherwise dispose of horrible people, while, when at the Times, I could only try to describe their “alleged” crimes.

(Don’t you just love the word “alleged” in the media? A man can shoot the person singing the national anthem at home plate on opening day at Yankee Stadium in front of 60,000 fans and the N.Y.P.D. Marching Band, then grab the microphone from the dead vocalist’s hand and confess on national TV, and he’ll be referred to as the “alleged” killer. If you read this as an indictment of my former profession, so be it. It’s one of the reasons I no longer miss writing for the “mainstream” media.)

You notice I said “try to describe” the financial schemes. No entity other than Big Blue, the I.B.M. computer that can’t be beaten at chess, could probably figure out what some of these shysters did. And still do. I am currently reviewing a wonderful book called Flash Boys by Michael Lewis, which describes how “high frequency traders” front run stock orders. That is, they learn what people are buying and then use faster fiber-optic cables to get their own orders in a nanosecond ahead of the market, thus stealing billions from normal investors.

You notice I said “stealing,” not “allegedly stealing.”

That’s because I write fiction and can tell the truth.

Lawrence De Maria is a former New York Times Pulitzer-nominated journalist who has just
completed his 10th novel. All his thrillers and mysteries are available at
Amazon or through his website. He would love to
hear from you through his site or via ljdemaria@aol.com.