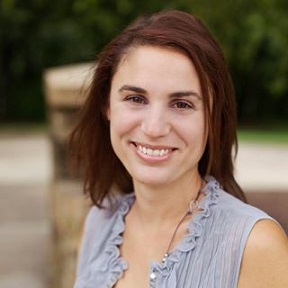 Nashville figures heavily in your new novel, The Whole Way Home. What do you find most compelling about the city, and why did you choose to set your story there?

Nashville is a fun city that feels like a small town despite its rapidly growing population and popularity due, in part, to the hit show “Nashville.” (As I type this at my neighborhood deli, the couple next to me is talking about their recent trip to Nashville and how much fun they had.)

I was drawn to Nashville because it’s a modern Southern city with pour-over coffee shops, fashionable young people, artists, and residents who hail from all over the country. But at the base of this modernity is a music industry that developed as an expression of rural Southern values and experiences.

During my research trips, I visited many different small-music venues like the Five Spot and ­­­­the Basement where I heard diverse styles of music that aren’t represented in the top 40 country music most often associated with this city. That chasm intrigued me. I knew I wanted to explore themes about how we present ourselves to the world and the distance between that projection and our interior lives. Nashville is experiencing a similar disconnect, so I knew it was the right place to set the majority of the storyline.

Protagonist Jo walks away from her small-town roots and takes on a big-city persona. Inevitably, though, her past returns. How did you take the “past comes back to bite you” plotline and make it fresh?

Jo’s past comes back to “bite” her, true, but it also comes back to liberate her from the trauma-free narrative she chose for her big-city persona. She maintains her privacy by sticking to this false narrative, but lying about who she is and where she comes from burdens her, too. We live in a culture that values the present and future far more than the past. Reinvention of the self is part of the American ethos, but at what cost? Jo refuses to acknowledge how the past shaped her, though privately she is more aware than what she is willing to reveal to anyone else, except J.D. She achieves a kind of wholeness once her past is made public.

You’ve said you “grew up in a house full of women who told stories.” Would those women recognize themselves in your books?

One of my older sisters is convinced that Mya from Season of the Dragonflies is based on her. I’ll admit that Megan did inspire some of Mya’s free-spirited qualities. I see myself in Mya, too. However, Mya is nothing like my sister or myself in many ways. All of my characters are composites of family, friends, strangers, and ghosts of my imagination. The nature of my first novel — a generational novel — allows for easier comparisons to how I grew up. I don’t think anyone in my family sees themselves as a possible character in The Whole Way Home. What’s better is that they all relate to Jo Lover as a fully evoked character.

Your first novel, Season of the Dragonflies, is set in the Blue Ridge Mountains, where you grew up. How important was place in that book, and did you feel a special obligation to get it right?

My husband, who is from South Carolina, makes fun of me for being a proud Virginian — when it’s convenient. There’s so much about our Southern upbringings that was ugly. Racism, ignorance, poverty. Still, he has a love for his home state, just as I do, and we agree that the love comes from one well: It’s the landscape that creates our connection to our birthplaces. It shaped us.

I think the Blue Ridge Mountains are some of the most beautiful mountains in the world. I don’t have to visit all of the world’s mountains to know it. No other mountains served as my childhood cradle; thus, I will always be partial to them. And, yes, I felt deeply obligated to evoke the beauty, mystery, and wisdom of those mountains in both of my novels. The Appalachian Mountains and the woods form Jo Lover’s earliest memories in The Whole Way Home, an experience she and I share.

Your work has been compared to that of writers like Alice Hoffman and Adriana Trigiani. Which contemporary authors most resonate with you? Whose work inspires you?

Season of the Dragonflies was compared to the writers mentioned above, but my second novel was compared to bestselling women’s fiction writers like Karen White, whose work lacks the magic realism of my first book. These comparisons are more often derived from perceptions about genre rather than writing style. I never want to write the same kind of book twice (this is not a condemnation of other writers who do very well setting their books in certain locales or with similar characters and conflicts).

For me to stay engaged with my craft, I explore new settings and types of people. Thematically, both of my novels have explored female identity, gender expectations, the meaning of home, and success. Though my settings and conflicts will shift from book to book, my thematic content will likely remain the same. Those are the concerns that continue to compel me.

What are you working on now? (And is it annoying that novelists are always expected to be tackling something new?)

Right now, I am working on publicity for The Whole Way Home, writing short fiction, reading incredible writers like Moshfegh, and preparing for the upcoming semester. I gave myself respite from daily writing, but I miss it and that familiar need-to-write feeling is hounding me these days. I have a few ideas for novels, but I need one to seize my imagination if I’m going to dedicate the next few years of my life to it.

And, no, I don’t find it annoying that readers assume writers are hard at work on something new. We’re obsessive people, so it’s a well-earned expectation. It’s the novelist’s job to know when to make space for rest and when it’s time to work. Burnout is real, even if some writers seem immune to it — looking at you, Joshilyn Jackson.

An Interview with Holly Goldberg Sloan

The screenwriter/author most wants to make her young readers feel things.