An Interview with Monica Byrne 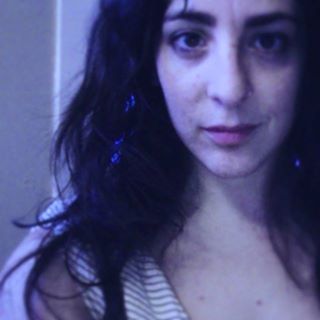 A snake bite opens The Girl in the Road, Monica Byrne's Tiptree Award-winning novel that seems to have all of the hallmarks of a thriller. The book is set in the near-future, a time where the West’s power has waned and India and Ethiopia have become dominant. Technological wonders, such as subdermal implants and new energy sources, abound. Political turmoil still exists, and the heroine Meena believes that the death of her lover and the poisonous snake found in her bed are connected to a terrorist organization.

Meena starts running and is followed by a young barefoot woman; she sees the woman in crowds, staring at her, relentlessly on her trail. The narrative pace is quick and full of feverish imagery. Told in first person, present tense, Meena’s story manages to mix, in near perfect equilibrium, her suspenseful flight, the world she lives in (minus the dreaded info-dump technique sometimes employed by science-fiction writers), and her character.

We learn that Meena has been raised by her grandparents, due to the fact that her own parents died in mysterious circumstances. We also learn that Meena is polyamorous, with a broken trail of lovers of both genders, and her one true love is a transgender/genderqueer woman. The breathless narrative of the first part ends with a stunning cliffhanger.

The Girl in the Road is marketed as literary speculative fiction, but it could just as easily be considered magical realism. How would you categorize it?

I don’t categorize it at all, except for marketing purposes, in which case it’s literary fiction. But magical realism, science fiction, literary fiction, fantasy, thriller, horror, mystery, ghost — The Girl in the Road is a combination of all of the above, and deliberately so.

What drew you to tell Meena and the other main character, Mariama’s, stories?

Both characters are aspects of me. I wanted to tell my own story, specifically, what my 20s felt like; Meena and Mariama were the prisms through which I refracted it.

Have you been to Ethiopia and India?

My month in Ethiopia was one of the most difficult experiences of my life. But once I got to India, I understood how precious that time had been, because without realizing it, I’d built a house out of my own body, that I could now carry with me wherever I went in the world. Kerala felt like home. I had the distinct impression that I’d been there before.

The character Yemaya is very mysterious, almost a cipher. Can you tell us anything more about her?

Her real name is Yvonne Sauvage, and she is currently 8 years old, living with her father in a wealthy neighborhood in Dakar.

Can you speak about the genderqueer/queer elements in the book, specifically, your knowledge of LGBTQ movements/traditions in those cultures?

Most of what I know of hijras I researched on the Internet. As for the state of queer acceptance in Kerala/Mumbai in the 2060s, I just tried to make a reasonable extrapolation based on the current state of things. There are pockets of hope. I chose Thrissur as Meena’s hometown because they hold an annual Queer Pride parade there.

Can you describe what “the kreen” that torments Mariama represents to her?

It’s unresolved trauma, which literally does reside in the body. In Mariama’s case, she feels it as a snakelike presence that lashes out in protection whenever she feels scared, abandoned, or threatened.

What research did you drawn upon to create the Trail in the novel?

I read a bunch about seasteads and oil platforms and just extrapolated from those designs. Then I was lucky enough to have a good friend who’s an oceanographer ― Dr. Stefan Gary ― who read the novel through and pointed out what was and wasn’t plausible.

What were the non-literary influences on The Girl in the Road?

I listened to a lot of music during its writing, mostly Meshell Ndegeocello and Angelique Kidjo. As a sampling, here’s my love song for Meena and Mohini, and here’s a song I always heard in my head when Yemaya and Mariama were in the truck traveling across Mali.

What are you reading now?

I'm always reading three books: one for research, one for pleasure, and one in the bathroom. Currently they are The Brothers Karamazov by Fyodor Dostoevsky, Lock In by John Scalzi, and How the Irish Saved Civilization by Thomas Cahill, respectively.

What is your next project?