An Interview with John Edgar Wideman

The lauded author talks race, short stories, and why he doesn’t care to be known as a great American writer. 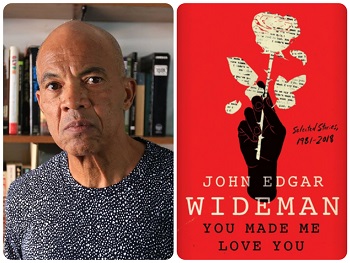 The writer John Edgar Wideman turns 80 this month. The two-time winner of the PEN/Faulkner Award, among many other honors, is observing the occasion by releasing not one but two books this year, both collections of his stories. The first, already out, is You Made Me Love You: Selected Stories, 1981-2018. The second, Look for Me and I’ll Be Gone, a collection of new pieces, will be released this fall. Also in the fall, he will be honored by the F. Scott Fitzgerald Literary Festival.

Wideman is known for his stories about African Americans, many of which are set in the Homewood section of Pittsburgh, where he grew up. Others are reflections on his life as a writer who divides his time between New York and France. We recently discussed his life and reflections on race in America.

You are known as a writer of the African American experience in America. How do you feel about that?

Just to be known, to be read, is always the objective. The labels can be tiresome. They’ve been tiresome since I started. When I was much younger, I had a lot of ambition and maybe a lot of vanity. I didn’t want to be known even as a good American writer or a great American writer. I wanted to be known as a writer because, for me, writing is a universal business. It’s an art that’s practiced just about everywhere. I wanted to be in that number. It didn’t matter to me to be a great American writer. I still want to be part of that group of folks who are straining to put down on the page what they feel and think, not based on any preconceptions about what constitutes the culture or even what constitutes a language, but the people who are inventing through their work ways for the rest of us to see the world, to understand the world.

You’ve got a wide range of material in You Made Me Love You. You have a story about Thelonious Monk and another about Barry Bonds. Very, very rarely do I come across something that strikes me to the degree that I can’t move on. That happened to me when I was reading your story “Solitary.” It’s about a woman who goes to visit her son in prison. Her son doesn’t treat her well. He’s mean to her. It’s difficult for her.

I remember the actual experience, my experience, of going to the prison on a bus and coming back on a bus and sitting out on a shelter. I remembered all that. It was before my eyes again. The woman who goes to the prison is not me; she’s my mother. She’s a version of my mother. I often wondered, in the years of my growing up, how my mother kept herself together, how she maintained such a spirit and such a powerful belief in her God when so many godawful things happened in her life around her, to her family, to her friends, to her. It seemed to me a kind of miracle. What else can you say?

We are having a profound national discussion about race in this country. Where do you think we are?

I’ve been trying to write about that specifically, not in fiction but as a sort of essay. There’s something in the air about Afghanistan — that that’s our longest war. It’s an interesting thought, but I think it’s crazy. Our longest war is clearly the color war. The continuing struggle in this country to decide whether it is a democracy in which everybody is free and equal and deserving of justice or…a democracy in which some people, on the virtue of the color of their skin, have the right to feel themselves superior and to enslave, oppress, and dominate other Americans.

I believe we have not sorted that question out, not since 1776, nor in a bloody, long Civil War, nor today, where young people are dropping like flies in the streets. We just can’t do it because we’re sitting astride a kind of deep, deep divide that has us split always. Are we a democracy that is color blind, or are we a democracy that is oriented to favor one color or another? We have not resolved that.

Armed with guns, Shon Hopwood and his cohorts robbed five banks, landing Shon and his brother in prison. Law Man is the story of it all and what happened afterward.