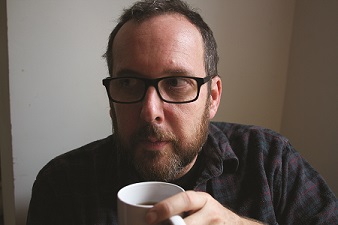 In his new book, Better Living Through Criticism: How to Think About Art, Pleasure, Beauty, and Truth, New York Times chief film critic A.O. Scott tries to debunk the popular myth that critics are resentful, frustrated artists. “Criticism is art’s late-born twin,” Scott states. “They draw strength and identity from a single source, even if, like most siblings, their mutual dependency is frequently cloaked in rivalry and suspicion.”

I caught up with Scott in Palm Beach, where he was giving a lecture on criticism at the Society of the Four Arts, joking beforehand with the audience and expressing his sincere hope that they would be better behaved than the characters in Preston Sturges’ film “The Palm Beach Story.”

During the lecture, he spoke of his experience as the Times’ critic and how, in the Internet era, “Criticism has become more of a discourse to fans than based on concepts.”

Tell me about your experience with “At the Movies.” How did you feel about hosting the show after Gene Siskel and Roger Ebert?

I was certainly aware of the show’s legacy and my responsibility in filling those shoes. The dynamic between Siskel and Ebert was extraordinary; even when they agreed on the thumbs-up or thumbs-down, they would still fight about it. Michael Phillips (now film critic for the Chicago Tribune) and I had a great time and a great rapport. But in some ways, we were too nice, and particularly too nice to each other…to fully generate the kind of intensity that Roger and Gene had.

But I think by the end we thought we were doing a good show, and we were sad that there wasn’t really…room for it in the broadcast world anymore. I still think that it’s a wonderful way to do criticism, and it’s different from writing your own stuff and being in your own head. I came to believe from working on the show that criticism is in some fundamental way an argument, a conversation, an endless debate.

Why did you decide to write a book about criticism?

I realized that I had been thinking about it a lot, reflecting more and more on it, and perhaps taking more seriously than I should have the kind of letters that you get when you’re a critic that tell you, “What gives you the right to say this?” or “I don’t know what movie you saw.”

I found myself wondering if there is some kind of explanation or defense of critical activity I could give. Also, because I felt a lot of anxiety about critics and how everything was going to fall apart because of the Internet, blogs, etc., I wanted to dig down and think, “What are we doing?” “Why is it important to argue about works of art, about their meaning?” That really was the original impulse behind the book and, of course, this changed as I wrote it because I found it was less about criticism as a journalistic practice and more about art and experience, beauty and truth.

The book begins with you having a conversation with an unidentified interviewer. Who is that dialogue supposed to be with?

[Laughs.] I did a couple of readings last year in which my teenage daughter and I acted out that dialogue, and she was the skeptical, hostile questioner. A friend of mine described the dialogue as being between my own guilty conscience and me. But in some ways, the form itself goes back to Plato and to a couple of essays from Oscar Wilde, particularly “The Critic as Artist” and “The Decay of Lying,” that are written in this dialogue form, and that enabled me to do things I wanted to do more quickly and in a more light-handed way.

[It allowed] me to be a bit more personal and playful — but also to demonstrate that criticism is always an argument. And in many ways, it’s an argument with yourself, which is always the thought process I go through when I’m writing. I frequently ask myself, “What are you talking about?” “What do you mean?” or “Oh, there you go again!” That’s the editorial voice or the voice of the skeptical reader in your head.

You write in the book that “criticism is an art in its own right.” How do you regard the opinion of people who feel that a critic is just a frustrated artist?

That statement always kind of surprised me a little bit because I don’t think that this is factually true. I think more along the lines that a critic is a fan who got a job, which is actually a very lucky thing. It’s based on this idea, a very powerful one, that criticism is motivated by resentment and hostility to the arts rather than enthusiasm for them, [the latter of] which is almost always the case, at least in my experience.

That’s not to say that there aren’t movie critics who hate a lot of the movies they see, but I certainly don’t know of any…because that would be a miserable life if that were what you had to do. I have a little fun with that in the book, saying it’s not that critics are failed artists, it’s just that artists are actually successful critics because we are all drawing from the same source: our interest and our passion for the different art forms that we write about.

Do you think the Internet has killed criticism — film criticism in particular — or has it simply morphed it into something else?

This is a complicated question, because the Internet has changed the working conditions of not only critics, but everybody in journalism. The landscape or ecosystem that critics used to thrive in has become more difficult, although some of the newer online outlets, such as Vox Media, have recently hired a whole bunch of critics, and so has MTVNews.com. There still seems to be a need and a demand for it, but the Internet certainly changes the practice of criticism in a lot of ways.

There are a lot more voices out there, professional and not professional, that you have to compete and contend with. There’s also the weird business of aggregation and marketing algorithms, Yelp scores, and Amazon reviews, although I do feel that’s kind of peaked, for a very simple reason and kind of a predictable one: When you read these reviews, you don’t know who these people are, and one of the things that critics have done and continue to do is show up every day, week, or month.

You develop a relationship with them over time, so whether or not you agree, you know who they are and you trust them or you don’t, and I think that has its own value. Not that the other things don’t, because you can look at Rotten Tomatoes, for example, and see that a movie got a 24 and think, “I’d better stay clear from that.”

Or you’re traveling and want to get something to eat. You can scroll through Yelp scores, and if people saw mice and roaches running around in a restaurant, then those opinions are certainly useful. But that’s not quite criticism, and I think what people are seeking not only from critics but from the media and news in general is reliability and credibility. How you establish that is an interesting question, too, because you don’t necessarily establish it by writing for a well-known publication.

One of the good things about the Internet and the proliferation of voices there is that it makes us want to do better in order to earn the attention of our potential readers. I remember the earlier days when we didn’t have this, and a lot of times you would write something, throw it out there into the world, and you just didn’t know. Maybe three weeks later, you would get a handwritten letter from someone, but now you can see the response, and it’s quite gratifying.

Which book would you like to see adapted to film?

The three books by Marilynne Robinson, Gilead, Home, and Lila, are some of my favorite recent books. They’re so subtle, so interior about the thoughts and the language of the people. I would love to see a filmmaker try to tackle that because it’s interesting to see them deal with very literary material in ways that isn’t just literally filming what happens in the books. I don’t know who would do it, but I think that would be intriguing.

[Photo courtesy of the Society of the Four Arts, Palm Beach, FL.]​

The writer talks DC, eavesdropping, and those strange types who wear their work badges after hours.