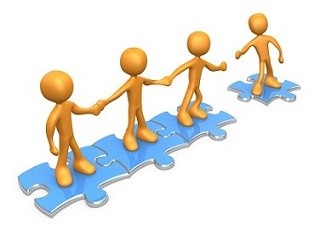 Between my mother and father’s families, I grew up surrounded by relatives — swamped by, and lost within, them. So I’ve taken some lessons:

And the way that I’ve best followed those rules was to be a team player. All my older cousins were going to be the stars. I was just going to support. That went without question, because older kids always know better.

If, rather than trying to make myself the star, I chose to take one for the team, I could know that my contribution was steady and, if not entirely selfless, at least not entirely selfish, either.

I rarely competed in individual sports. And somewhere along the way, I became a writer.

I found the ideals of the team player at odds with the isolated and introspective requirements of expressing responses to life’s multiplicities and vicissitudes in words. Except that, even though I knew I was alone in my process, the purpose of my writing was always communicative, never meant only for myself.

I got better because I wrote the way I wanted to, without worry about judgment. But all writers want to connect to an audience.

I never wanted anybody to relate to me as writer first and foremost. That would be a pretense. I’m not writing so I can be observed. I’m writing my observations. So I’ve never wanted to advertise myself.

So I joined the Washington Independent Review of Books. The story is simple. David Stewart announced at one of the last Washington Biographers Group meetings he ever attended that, in response to the Washington Post dropping the Sunday Book World, he and some associates were starting an online book review. He was looking for volunteers. I thought it was a good idea. I liked David’s sardonic perspective.

And the people who have gathered around this project are all fascinating and ready to work for something beyond themselves, too. That’s where communities come from. And if we can’t find communities in our own neighborhoods because all we (myself included) do is watch TV, then we have to make them somehow.

Family is a natural “greater than the sum of its parts.” My elders may recognize that now. Back then, they all thought they were so hot. But in some ways, I felt alienated from them. Now, I feel like it’s my job to let people know that they should be striving for communities because otherwise they’re going to be alone.