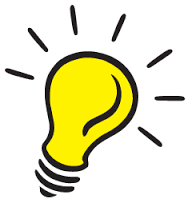 I like to think, on my best days, that I’m like a hitter on a long batting streak, long enough to start getting the attention of the non-sporting world, 30 games in a row! On the other hand, during the long, bad days, I’ve been demoted to the minors, forgotten, useless.

Siddhartha admonishes those on the path to find the middle way between self-denial and self-indulgence. The Dhammapada #81 says, “As a solid rock in the wind, so are the wise unshaken by praise or blame.”

I understand a theme in Paul Auster’s writings of long, hard, creative work being lost in flame and dust and willful negligence. I guess I’ve always…just…believed that I would have an audience someday. But I’m resigned to existential truth — there is no reason why.

Sometimes, it might be chasing after love and desire:

You were mine before unconsummated
Drawn down from heaven in light
Conditioned to that other world
So that we stared and could not reach touch
Have been with me attenuating time
Speaking in foreign rhyme
While I aim to hear, see, feel, know
How hard you are trying
Need to believe you are amused
By my babbling gesticulations
Your laughter is fine grace
Written on your face in Braille
Did we choose one another
Who dwell apart and write pleas
Seeking to renew responsibility
As the reason to carry on laughing
Because you are gone and remote like God
And I have nobody to beg but you
No one else can turn me out
And force me to continue
Before you withdrew I knew
You wouldn’t be pursuing
And since I’ve wondered
What became of you and me
And how I have pined
For you to come again
And be here

When we treat inspiration as a character of the complexity of love, we evoke the great metaphysical poets, Herbert and Donne, among others. The inspiration of love is eternal, whether present or no. So a writer can be inspired by the flight of inspiration from his/her/hir presence.

But there are other times when visitation from the Muse brings contentment:

I know if I have inspiration, it’s not going to last, but if I don’t have it, that won’t last, either. And when I want, I can write about how I have nothing to write about.

The poet, the artist, the writer knows that every moment is pregnant with implicit birthings, possible drama, inherent meaning. The quotidian introduces us to the infinite, so all states and all conditions are worthy of reflection.

The human mind strives to make sense of its surroundings. We force narratives on our minds by nature in order to understand. Sometimes those narratives even deceive us, and traditions form around especially nasty things, like bull-fighting, or confession.

Inspiration means harkening to that impulse to express what’s inside of you. And you can discipline yourself to express yourself even when you’re not sure what you’re going to say. Even if you think you’re not inspired.

And if you’re still struggling, take a couple of hits of marijuana. Fingism allows for that.