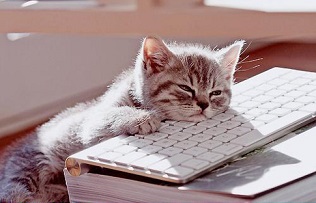 About four years ago, I entered my classroom and found each of the nine or 10 students there looking at their smartphones. It hadn’t been more than six years from the time that I remembered students talking to each other before class started. So I asked them, “Why do you look at your devices? Why don’t you talk to each other?”

One student answered, “We don’t want to be bored.”

That answer has been ringing in my head ever since. And it still has the tremendous power of truth. Boredom is devastating. Boredom is an invitation to depression and madness. Boredom means you have nothing to do.

But, as I’ve cogitated over this through the years, I’ve come to some conclusions. One is: If you have given your boredom over to what’s in your phone, then you have severely narrowed your intellectual options. You could be reading or writing an article for an important publication. You could be writing or playing a song or making a movie.

You could be finding your own way in this world.

If, when you have a moment of free time, you automatically look to your phone, you have let the corporate world shackle your mind into doing what they say is cool, what they say is interesting or worthy of your time.

The television wasn’t enough for the corporations. It wasn’t enough for them to know what you wanted (football) and to give it to you (along with endlessly exaggerated tits and ass). They needed to be closer to your materialistic, desirous mind and to inundate it with their tsunami of garbage, in order to tell you what you want (see Apple’s “gift album” by U2, Songs of Innocence). So they developed the smartphone.

Speaking from personal experience, I became liberated from the television at the age of 14, when ours broke during summer vacation. What would I do?!?! How would I survive? What about my shows? With weeks of time on my hands, I decided to try to write a fantasy story like J.R.R. Tolkien. And I’ve never been bored since.

When you’re having a bad dream (someone is chasing you and you’re in a panic), if you turn and face the thing that is scaring you, it will cease to frighten you. You can conquer fear by facing it. So it is with boredom. Turn and face it. On the other side of that decision is true freedom.

A corollary to the conclusion above is: If you don’t know how to put silence to good use, you’ll live your life making noise just to keep yourself occupied. The corporations want to train you to think that you can’t put silence to good use. They want you to believe that the only things worth thinking about are the things they show you.

Of course, I’m able to see the good the handheld technological world offers. I see people expanding their intellectual boundaries to some extent. An active participant in the internet has a great deal of knowledge at their fingertips, but that knowledge means nothing unless it’s put into productive use in the real world. And that means getting away from handheld technology.

“Virtual reality” has been around for about 25 years, and, more and more, it’s beginning to look like a settled frontier; all the land has been claimed, and now the big-wigs are making a profit. They make it when you accept their version of “virtual reality.” When you give your boredom to them, they hold you in their thrall. As Jaron Lanier says, in his preface to You Are Not a Gadget, “You have to be somebody before you can share yourself.”

I’m preaching to the choir at the Independent, I’m sure. But I hope that this little manifesto leaks beyond the boundaries of our publication and make its way into the minds of the youth of America — for whom I’m charged in my profession — to teach a way of liberated thinking and self-governance. So many people rail about the government intruding in to their lives. But when they habitually turn their attention to their hand-held technology, they are no less slaves.

Today, I received this sentence from a non-native speaker of English: “The computer has become an indispensable part of life, and I can’t even live without it.”

Dear friends, you can live without it! Don’t give in to corporate-imposed limitations! Don’t allow them to define the parameters of your thought! Take back your boredom!

Let it lead you to your enlightenment.